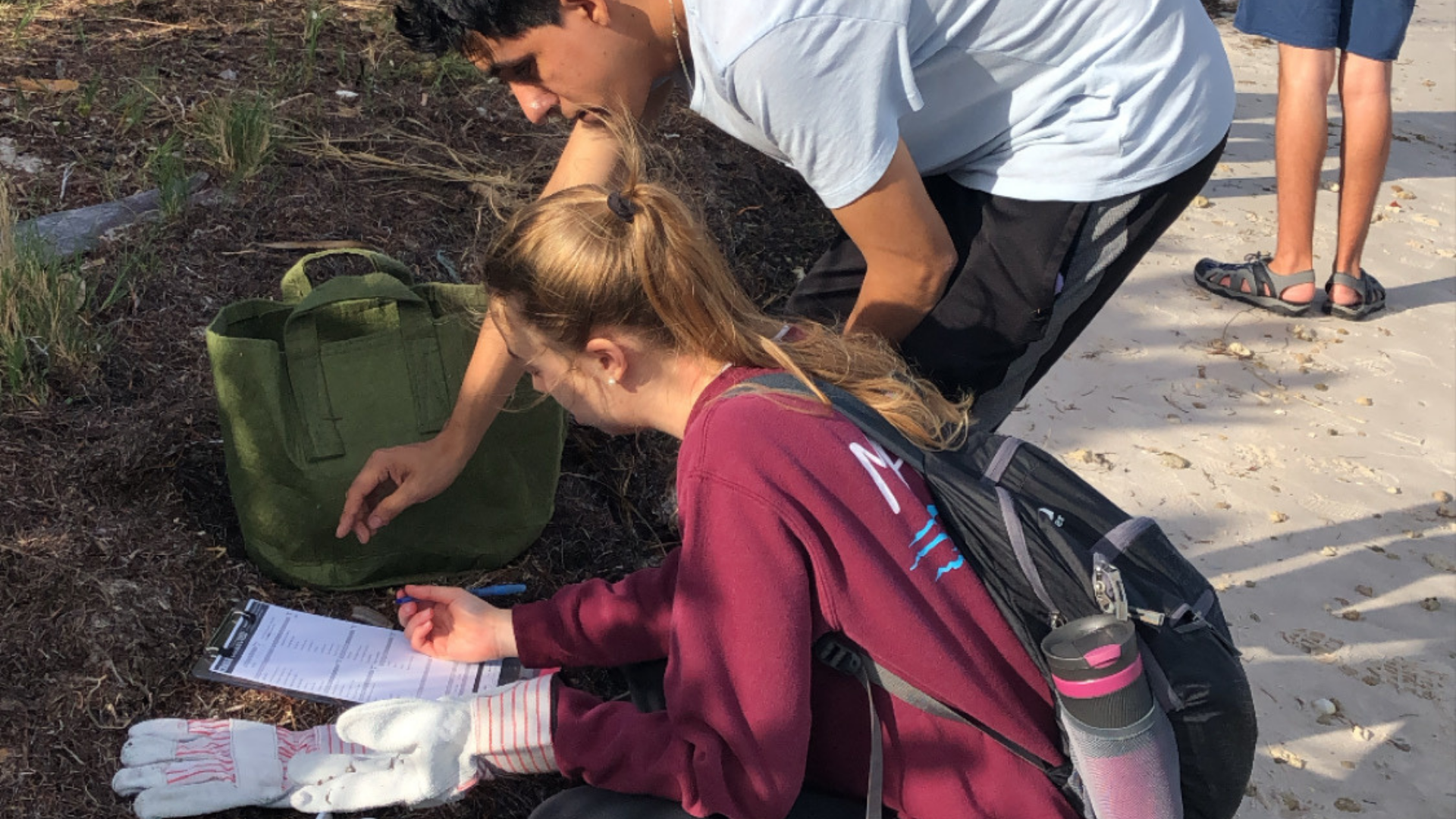 Citizen science, or crowd-sourced science, is the collection and analysis of data by the general public in collaboration with professional scientists. We believe that engaging the community in the process of science is a great way to spark curiosity and encourage investigation. MUVE collaborates on several citizen science initiatives that welcome the public to collect data for ongoing research projects, like monitoring urban biodiversity or collecting and tracking marine debris.

Biological diversity, or biodiversity, is the variety of life within a given area, including plants, animals, fungi and bacteria! Miami’s biodiversity is especially unique. The area hosts a mix of temperate and tropical plants and animals and sits on the edge of the Gulf Stream—a powerful ocean current that transports water from the Caribbean northward along Florida’s east coast. As more of Miami’s land mass changes due to development and climate change, it is imperative that this biodiversity is monitored for changes in species abundance and habitat range.

Citizen scientists can help monitor biodiversity through iNaturalist and the City Nature Challenge. Each year, MUVE hosts a BioBlitz-style event as part of the annual  City Nature Challenge. Using an app called iNaturalist, cities around the world compete to see who can make the most observations of nature, find the most species, and engage the most people during this weekend event. Over the following week, observations are identified to the best of our community’s ability to produce research grade data. This data is used in scientific studies on biodiversity, changes in species ranges, and more. MUVE helps organize the events in South Florida in hopes of getting more community members involved in citizen science. Check our site for more information on this year’s events. #CNCsoflo

If you can’t join a BioBlitz, that’s okay! Anyone can be an iNaturalist observer any day of the year. If you’d like to participate, download the iNaturalist app and start snapping!

With Miami’s numerous waterways and its close proximity to the ocean, marine debris is an ongoing challenge. Rain and stormwater flow from the land to the ocean, bringing debris and pollutants with it. Ocean-based activities, like recreational and commercial fishing, also contribute to global marine debris.

MUVE hosts monthly coastal cleanups, where citizen scientists use tracking apps like CleanSwell and Marine Debris Tracker to collect geotagged data and contribute to global marine debris databases. Ultimately, this data is used by researchers and scientists to better understand how debris moves through our oceans, where it comes from, and how to mitigate this pollution and protect our ocean. We also facilitate citizen science events for World Ocean Day and the International Coastal Cleanup (ICC) to celebrate the ocean and encourage local stewardship.