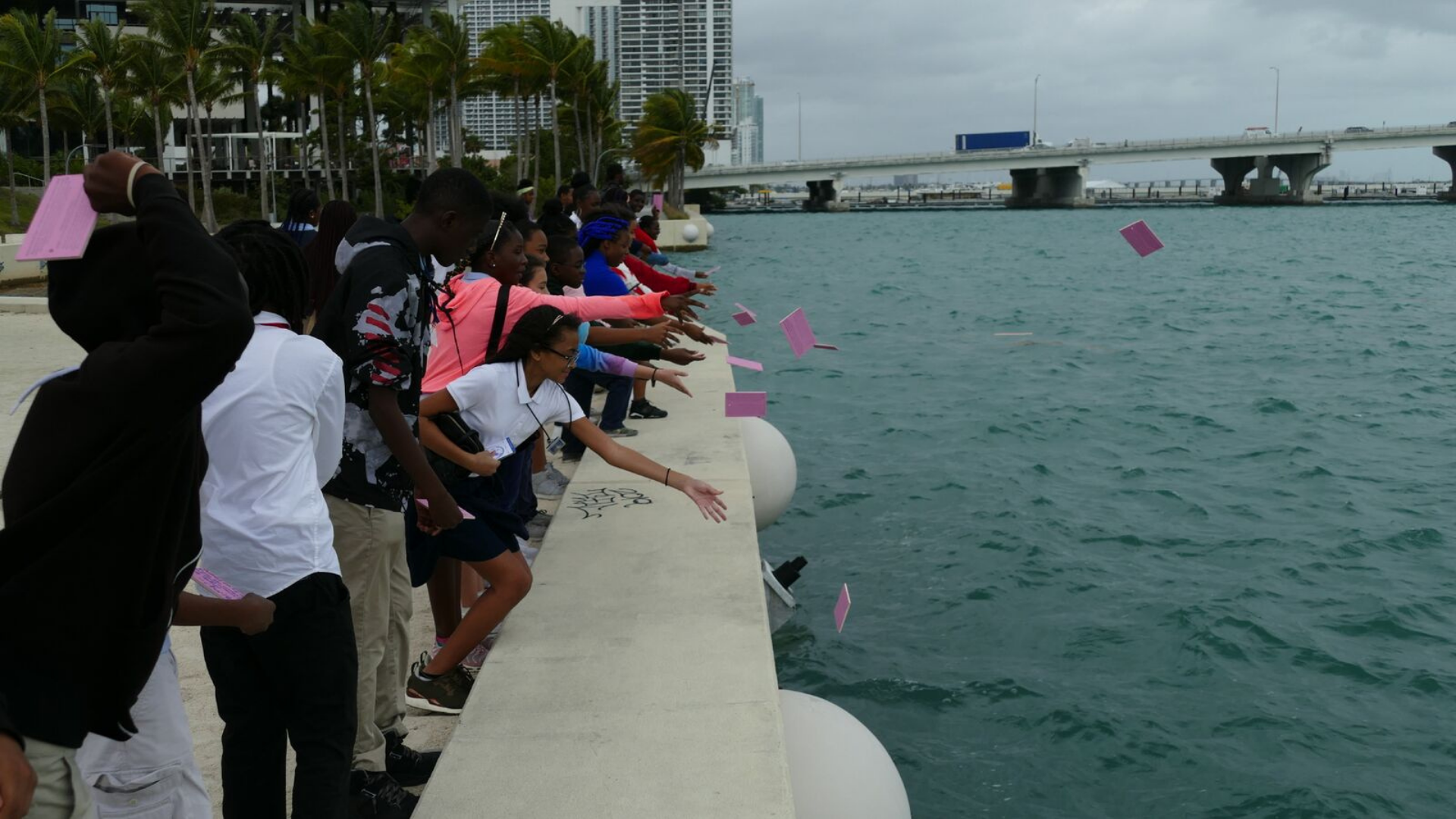 Widely admired and cherished, the ocean sustains life on Earth. It covers 71% of the planet, is home to an abundance of marine life, it regulates our climate, and produces more than half the oxygen we breath. Marine debris threatens the health of our ocean and remains a global challenge. Debris comes from land-based and ocean-based activities, polluting the water and threatening wildlife. Volunteers have been working with MUVE to remove and catalog the marine debris at Virginia Key North Point since 2014. Volunteer participated in monthly cleanups at the restoration site and began to ask questions about the debris they were collecting, leading to one overarching query: Where is the trash coming from?

In order to answer this question, Frost Science partnered with Vizcaya Museum and Gardens and the Consortium for Advanced Research on Transport of Hydrocarbon in the Environment (CARTHE) at the University of Miami Rosenstiel School of Marine and Atmospheric Science (RSMAS). Scientists at CARTHE study the movement of ocean currents and how those ocean currents move items like marine debris through the water. This partnership developed an experiment called the  Biscayne Bay Drift Card Study, or #Baydrift, to pinpoint the origin of trash on Biscayne Bay’s shoreline. In 2016, local students, residents, and visitors threw colorful drift cards into the Bay from eight different locations. The start and end locations of the recovered cards are mapped out, as well as paths from GPS-equipped drifters that were launched from the same locations.

In 2020, MUVE hosted a special year-long marine debris tracking program to learn more about the object types and material composition of our local debris. Volunteers walked the beach at Virginia Key North Point every week, collecting and recording the marine debris they found. In one year, the volunteers collected nearly 40,000 pieces of debris! After analyzing the data, we found that most of the marine debris at North Point is made of plastic. The most common items were food-related debris, like bottle tops, take-out containers, and snack wrappers. With this data in mind, we strive to reduce our plastic waste by reducing, refusing, and providing alternative materials at our events.