The Next Time You Spot a Floating Card, Take a Closer Look 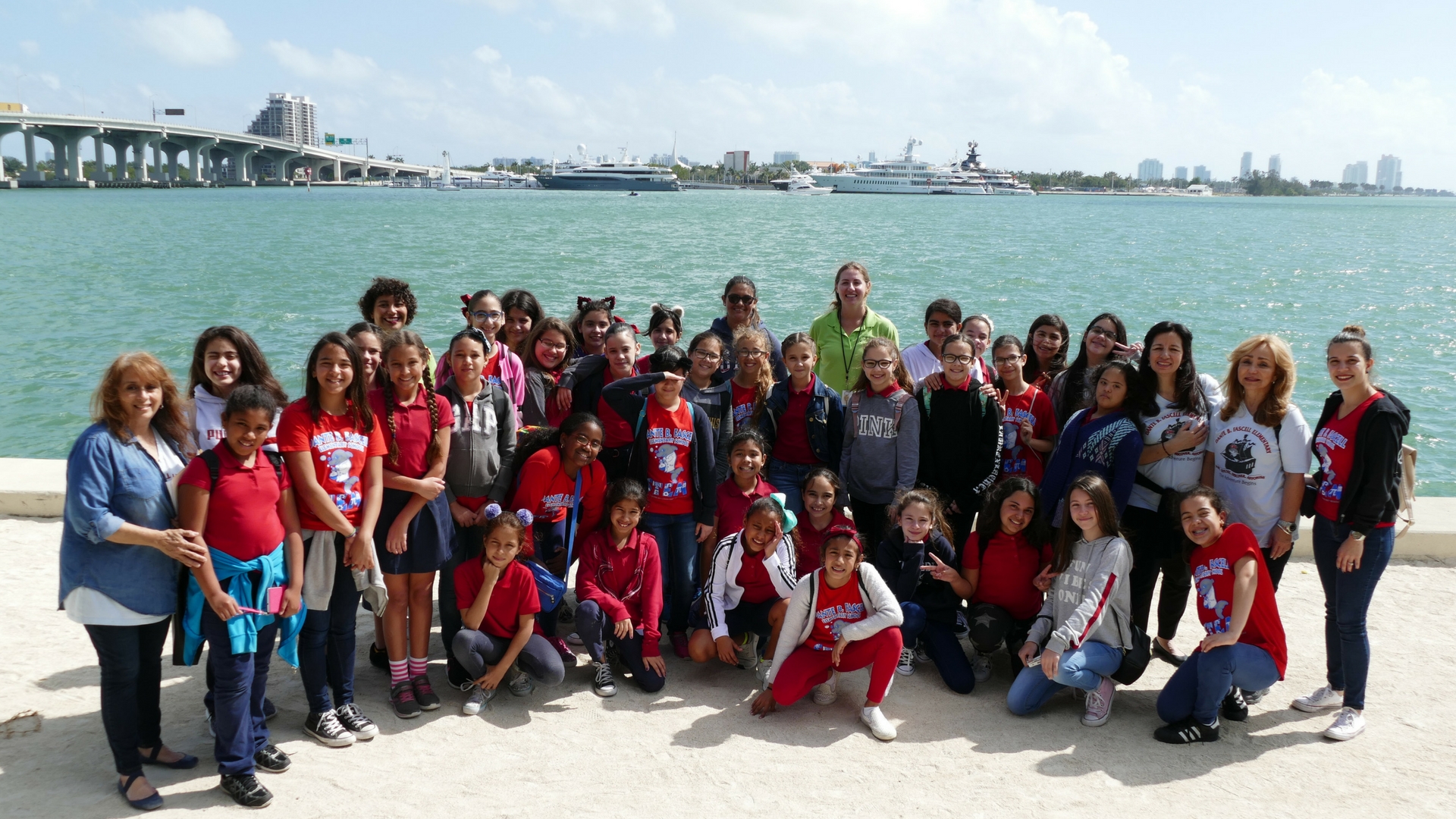 It’s no surprise that pollution is a widespread global problem. But did you know that marine debris is one of the biggest components of our pollution issue?

Massive amounts of plastics, metals, rubber, paper, textiles, derelict fishing gear, vessels, and other lost or discarded items enter our oceans every day. Marine debris, and especially marine plastics, can be found universally in the marine environment, all over the globe. It’s estimated that 8 million metric tons of plastic enters our oceans every year and that plastic doesn’t disintegrate or disappear. It breaks down into smaller pieces known as microplastics, or pieces of plastic that are less than 5 mm long.

And that poses a huge hazard to not only wildlife, but humans as well.

However, marine debris isn’t the only thing being transported by ocean currents. They also help move critically important species of mangrove along Florida’s coast, says Shannon Jones, Conservation Program Manager at Frost Science. Red mangroves (Rhizophora mangle) disperse their offspring, or propagules, into the waters surrounding it. Depending on ocean currents and winds, these propagules generally float for days or weeks until they are ready to grow. Once they strand on a sandy or muddy shore, the propagules root themselves and develop into protective habitats that provide countless ecosystem services.

At Frost Science, we’re doing our part to protect our ocean and our mangroves. In early 2016, we (along with Vizcaya Museum and Gardens) took notice of the increasing marine debris problem and reached out to a team of scientists at the University of Miami Rosenstiel School of Marine and Atmospheric Science (RSMAS) to see if they could find the origin of the trash washing up into the mangroves around Vizcaya and Biscayne Bay.

Through the effort of community organizations, students, and volunteers the Biscayne Bay Drift Card Study, or BayDrift, was created. BayDrift is a citizen science study focused on understanding our local ocean currents and how trash and other pollutants are transported in our marine environment. Researchers at the University of Miami’s Rosenstiel School of Marine and Atmospheric Science (RSMAS) CARTHE program collect data through BayDrift in two ways: recapturing small, eco-friendly wood drift cards that are decorated and released by citizen scientists and by releasing biodegradable GPS-equipped ocean surface drifters that provide their precise location every five minutes. As a BayDrift release site and partner organization, Frost Science hosted the iSTEM Girls club from Dante B. Fascell Elementary School for an in-depth look at marine conservation and the importance of research and data collection. The iSTEM Girls club was created by Ms. Navia Gomez, the 5th grade math and science teacher and STEM liaison, to foster a growing interest in science and encourage girls at her school to enter a STEM (science, technology, engineering, math) field in the future.

These young citizen scientists decorated drift cards and released them from the seawall in Museum Park on February 21, 11:00 a.m. Each drift card was coded so the researchers at CARTHE could identify which site it was deployed from. The cards are also labeled with information that introduces the project and instructs anyone who finds the card how to report where it was found. By tracking where drift cards are released and found, the CARTHE scientists can begin to better understand how currents in and around Biscayne Bay transport marine debris and other pollutants such as oil spills and sewage leaks. This understanding will help develop solutions to decrease the pollution in the Bay and along our shorelines. The good news is that anyone can get involved in BayDrift! Just go out and look for the small, brightly colored drift cards after they are released. Once you have found a drift card, report where you found it by emailing a photo of the card to baydriftmiami@gmail.com or post the photo on social media with hashtag #BAYDRIFT. You can also view all the data collected from the first year of the study online at carthe.org/baydrift.

You can also join Frost Science and the City of Miami as we remove marine debris and restore native habitats during our Museum Volunteers for the Environment (MUVE) Volunteer Workday at the Virginia Key North Point restoration site this Saturday, February 24th from 9:00 a.m. to 11:00 p.m. This workday provides a great opportunity to look for the released Bay Drift cards while removing marine debris from the environment and restoring natural habitat to the area. For more information and to register for the event, click here.

To learn more about our MUVE program, click here.

You can also help out by volunteering with Frost Science! We offer a wide range of opportunities for the community to donate their time, passion and expertise to better the world we live in while sharing the power of science. Whether it’s an adult, teen or an entire family looking to volunteer their time, we have the right fit. For more information and to sign up, click here. 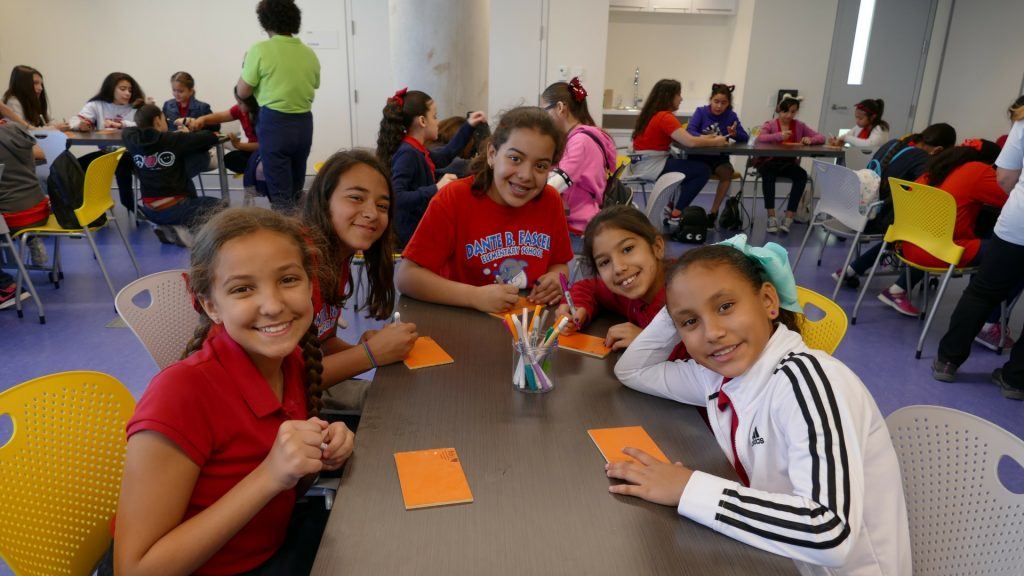 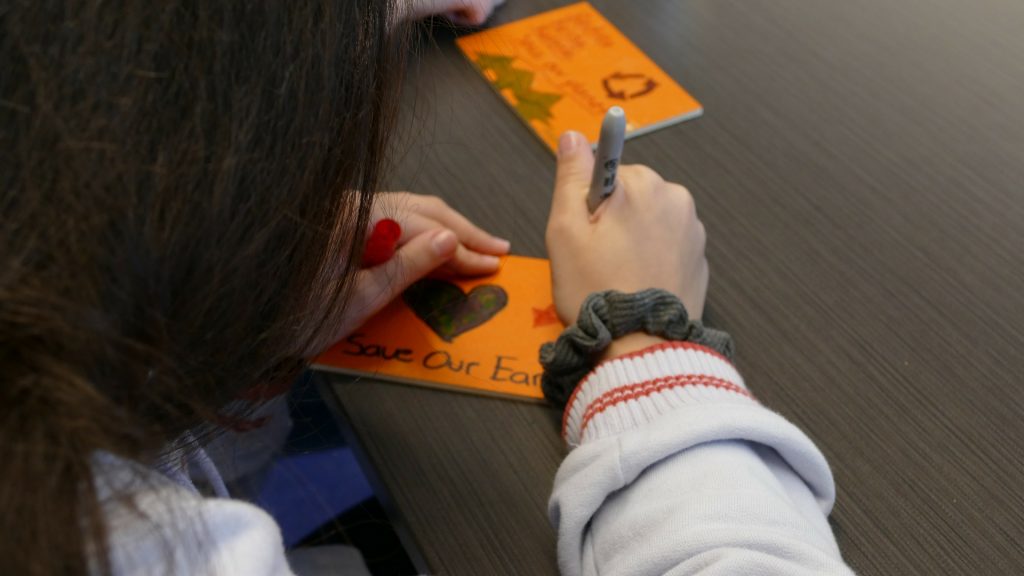 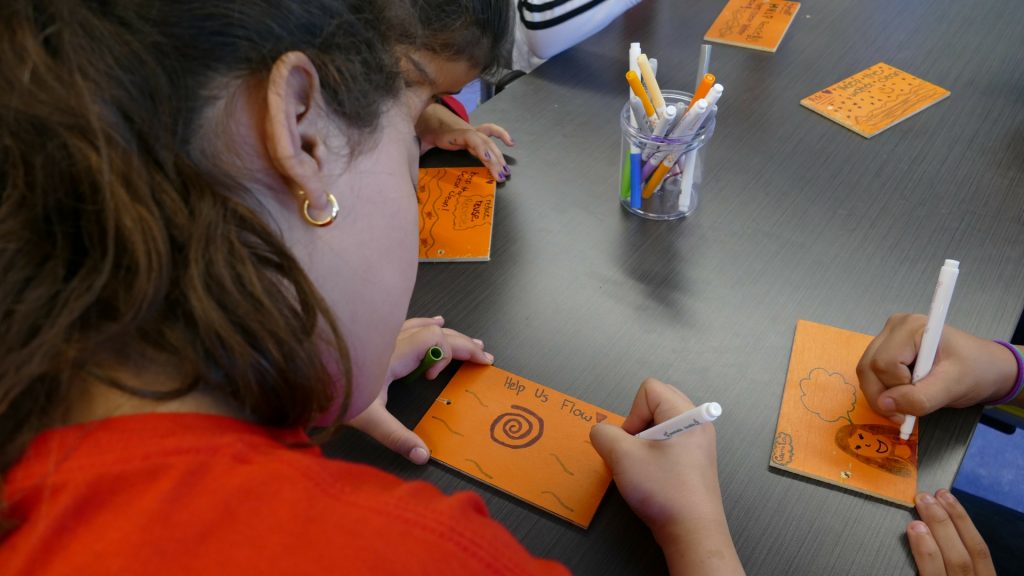 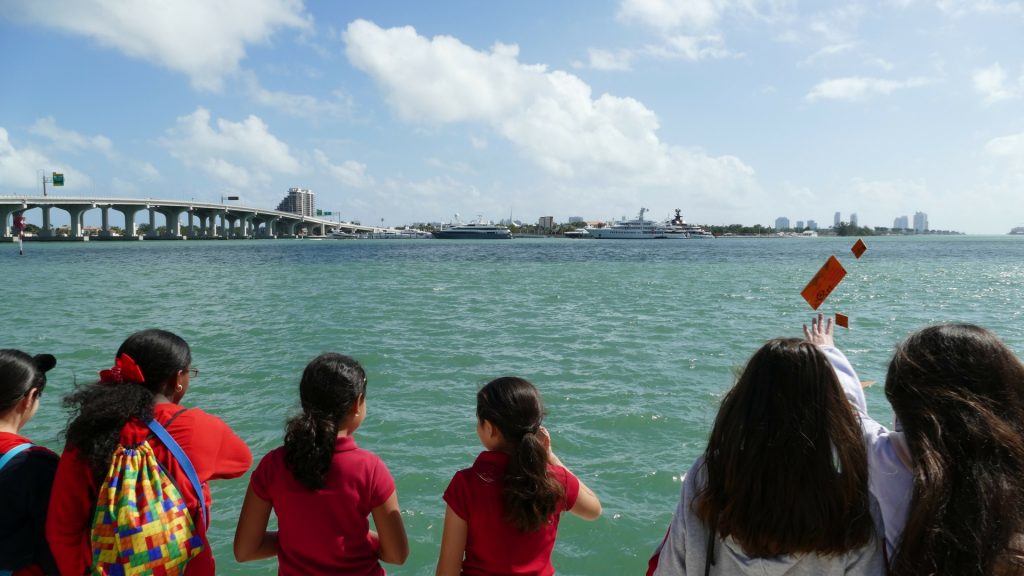 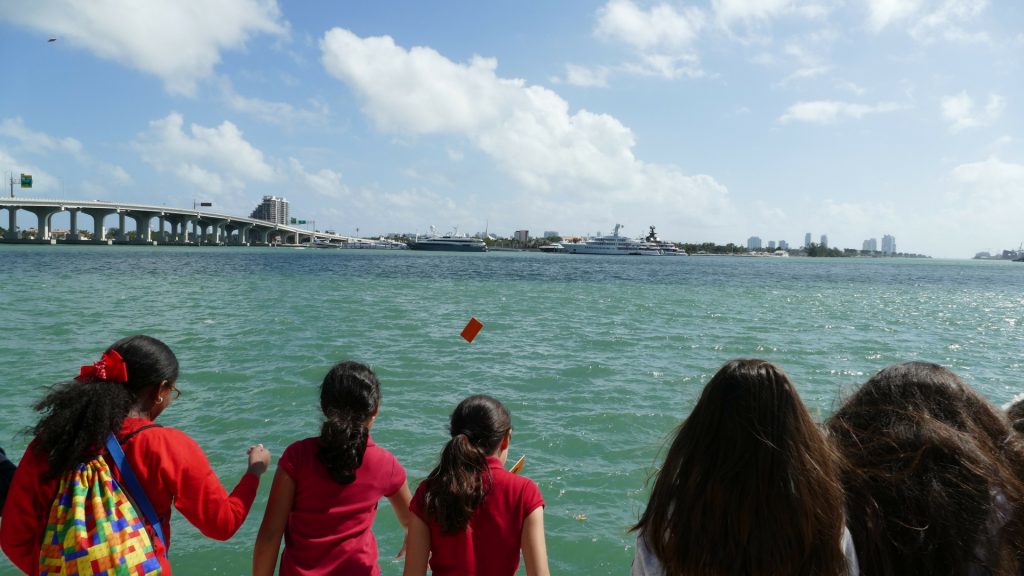 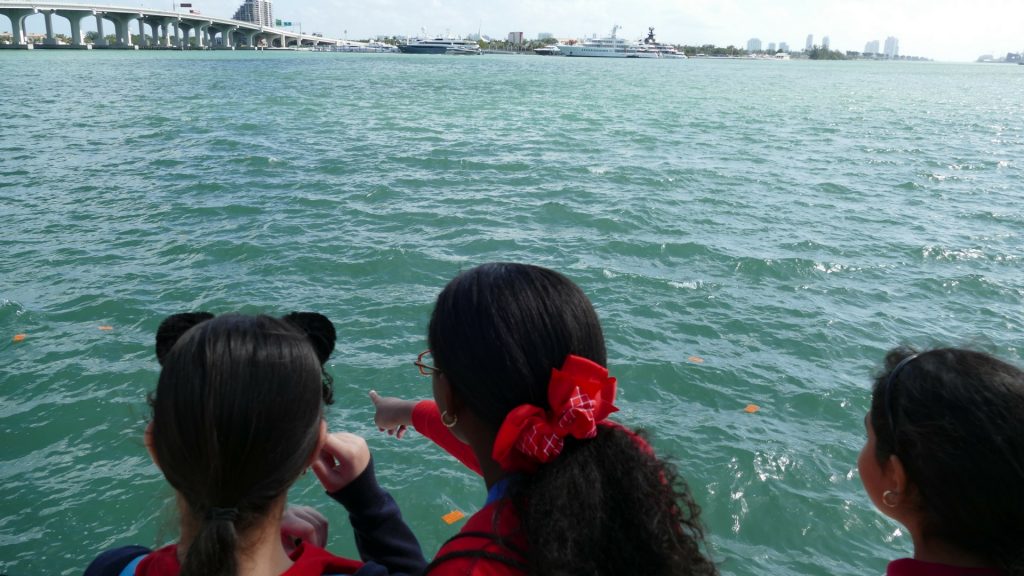 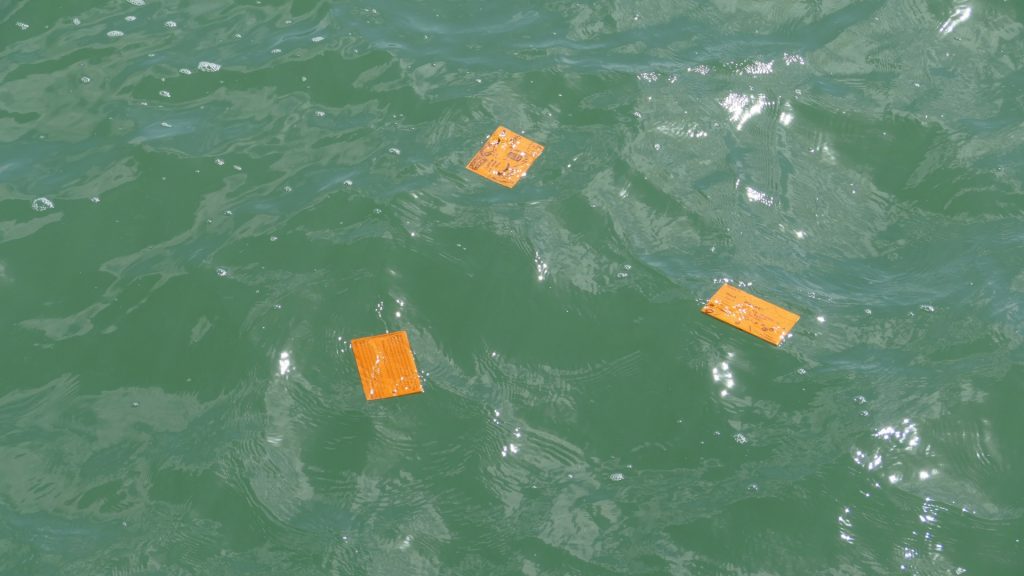