The Mission to Save Cuba’s Sea Turtles - Frost Science 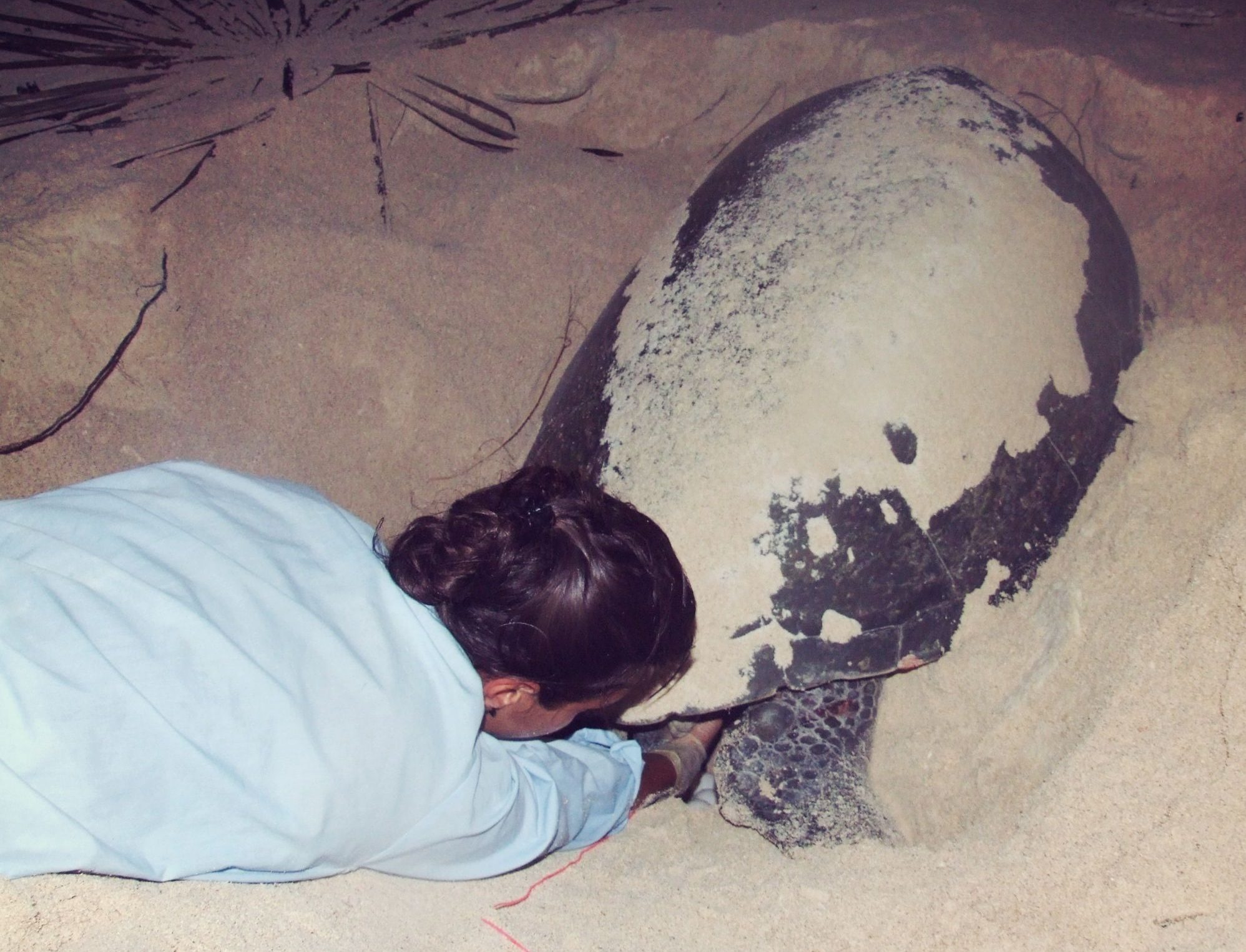 As Frost Science’s Curator of Ecology, I have a dream job. I get to direct Museum Volunteers for the Environment (MUVE), a project I created in 2007 that helps to restore rare coastal habitats through the tireless work of local volunteers. But I also get to spend a good deal of time working in the field on conservation science projects. One subject that is dear to me is the study of sea turtles. As soon as I saw my first female green turtle nesting on a beach, I fell in love with these sentinel creatures who, over 200 million years ago, left their comfy lives on land to navigate the oceans in search of food, mates and, every year or two, a beach to lay their eggs. And that’s just the females. Male turtles live their life at sea, which makes them even more difficult to study. However, the females offer an exclusive glimpse into the behavior and physiology of these highly-evolved reptiles.

One place I have spent a lot of time doing research is Cuba. With its 3,000 miles of coastline, Cuba is the largest island in the Caribbean. The abundance of beach habitat and ample foraging grounds on the island make it a hotbed for sea turtle nesting and foraging. Primarily, three species of turtle nest and feed in Cuban waters: green, loggerhead and hawksbill. And Cayo Largo is the most important nesting site in Cuba with an average of 2,000 green and loggerhead nests per year. It’s also an important tourism site with five all-inclusive hotels operating within walking distance of regular active nesting activity. Walking on the beaches at night during the nesting season involves taking very careful steps not to disturb a nest.

This past August, sea turtle scientists from Cuba, Florida and Costa Rica gathered for the 5th International Workshop on Cuban Sea Turtle Research and Conservation in Cayo Largo, Cuba. The objective of our workshop was to develop a plan to restore regular research efforts during the nesting season, organize satellite tracking efforts on the island and create a permanent sea turtle rehabilitation program in Cuba that would help turtles being impacted by incidental bycatch, disease (particularly fibropalliloma tumors) and turtle strandings.

Sadly, tourism to Cayo Largo doesn’t take advantage of the beautiful natural denizens on their island. While there is a rescue center that organizes the public release of hatchlings (an activity that is shunned upon by turtle scientists) from nests laid in areas threatened by tourism, there is no ethic to encourage tourism that offers unique views of these creatures. The island needs more tourism, especially in the summer nesting season—interestingly, this also coincides with the island’s low season. This creates incentives for the five hotels operating on the island to care more about their conservation.

The consensus was to secure funding to support three trips to Cayo Largo (June, July and August 2018), whereby Cuban scientists and volunteers will patrol beaches and collect nesting and hatchling data. Cuba also lacks a wildlife rehabilitation center where diseased turtles (or those caught incidentally by fishers) can be treated and returned to the wild. During our workshop, we selected wildlife veterinarian Eddy García to undergo training at the Florida Aquarium in Tampa in January 2018. Mr. Garcia, a trained veterinarian and manatee biologist, will learn how to treat injured turtles from the Florida Aquarium’s wildlife rehabilitation program in Tampa Bay.

While the workshop was a great success, Hurricane Irma ravaged the north coast of Cuba as a category five storm only a short week later. Wildlife veterinarian Eddy García lost his house in Santa Clara and two research institutions there were badly damaged. Should you wish to donate to the rebuilding efforts there, please visit: https://donate.oceanfdn.org/campaign/cuba-recovery-fund/c145775