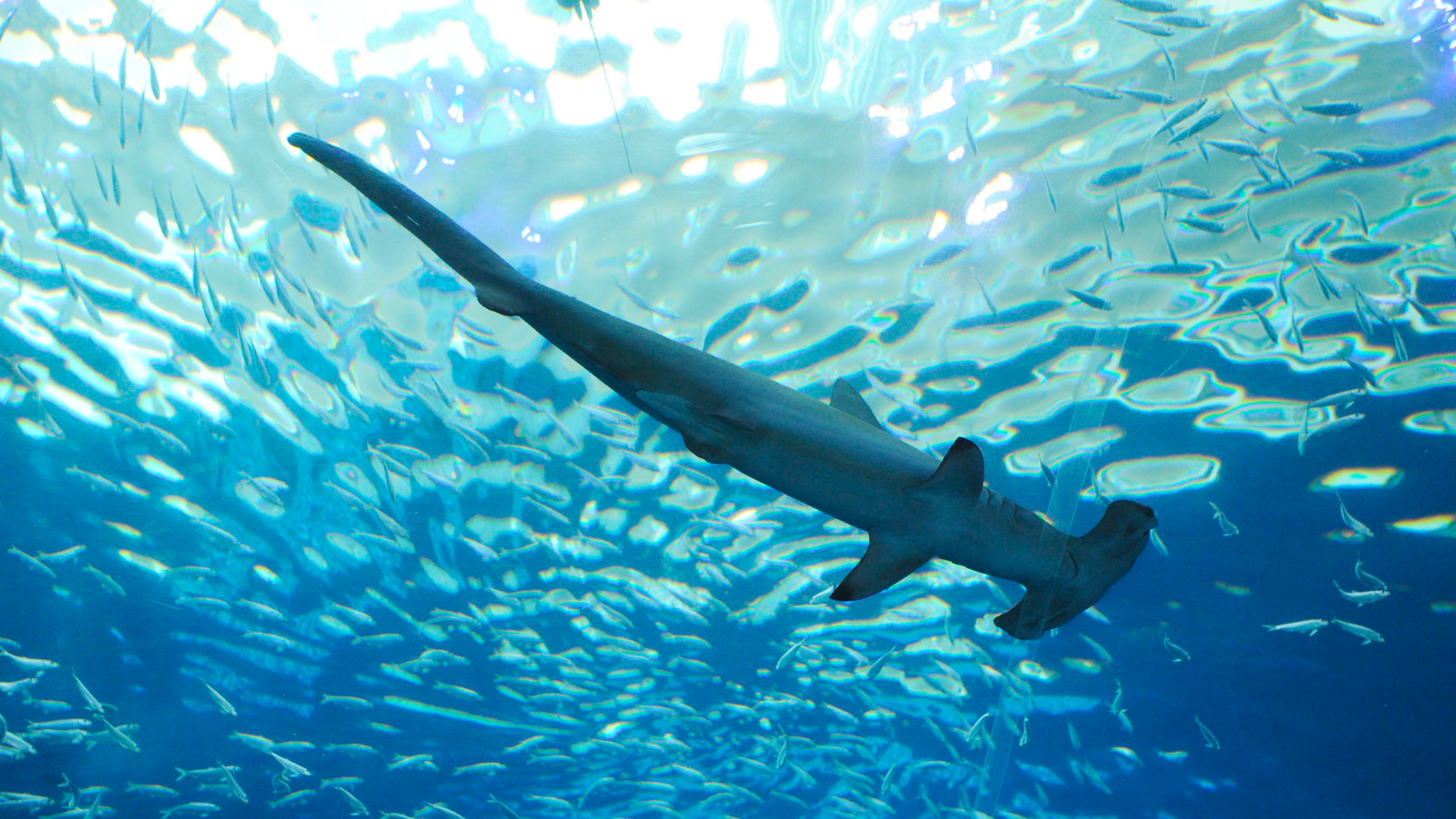 Scalloped hammerheads cruise warm temperate and tropical coasts in search of prey like fish, squid, octopus, and sometimes even smaller sharks. They are classified as Critically Endangered by the International Union for the Conservation of Nature due mainly to overfishing and demand for their fins.

Scalloped hammerheads can be found at many ocean depths, from just a few meters below the surface to over a thousand meters below. Now, data published earlier this year in the Journal of Fish Biology has established a new record for deepest dive by a scalloped hammerhead: a staggering 1,240 meters, or 4,068 feet. 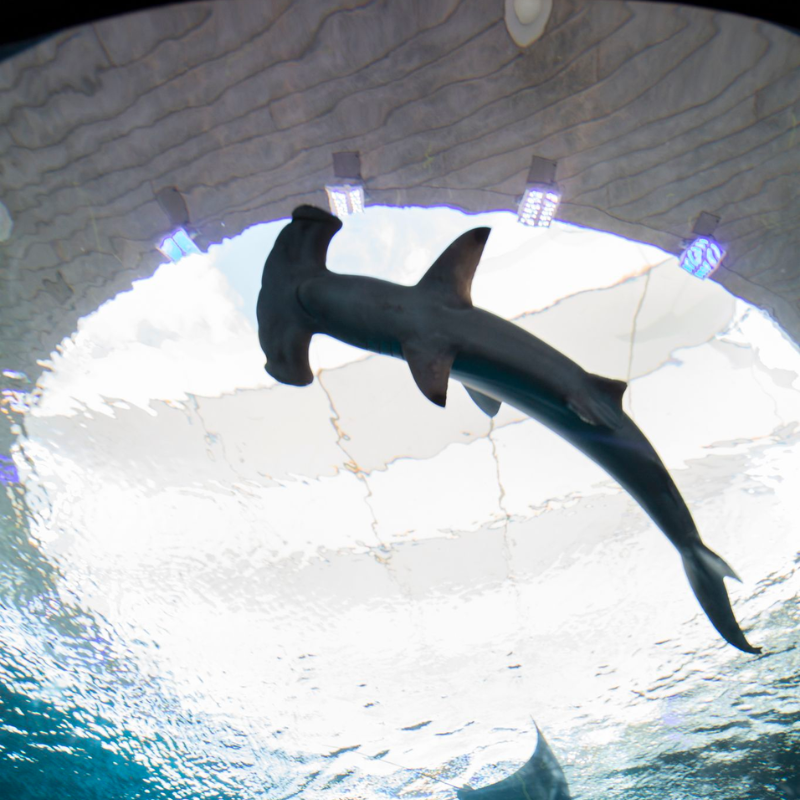 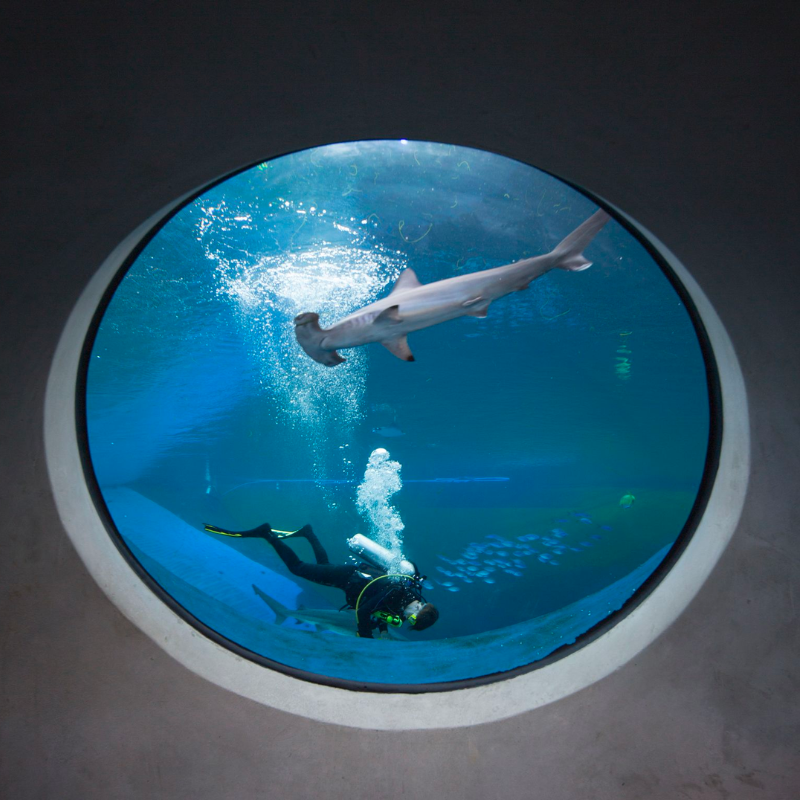 To figure this out, scientists tagged a scalloped hammerhead shark with a satellite transmitter. This device allowed them to track the shark around the ocean, including its vertical movements, for about six months. Over this time, the shark dove down below 500 meters more than six times per day, on average. According to Frost Science Senior Director of Animal & Museum Exhibitions Skip Uricchio, scalloped hammerheads make these dives to feed on squid and other prey living in the dark, cold waters of the deep. “Most pelagic sharks (sharks that live in the open ocean) are highly migratory species, both area wise and depth wise,” he says. 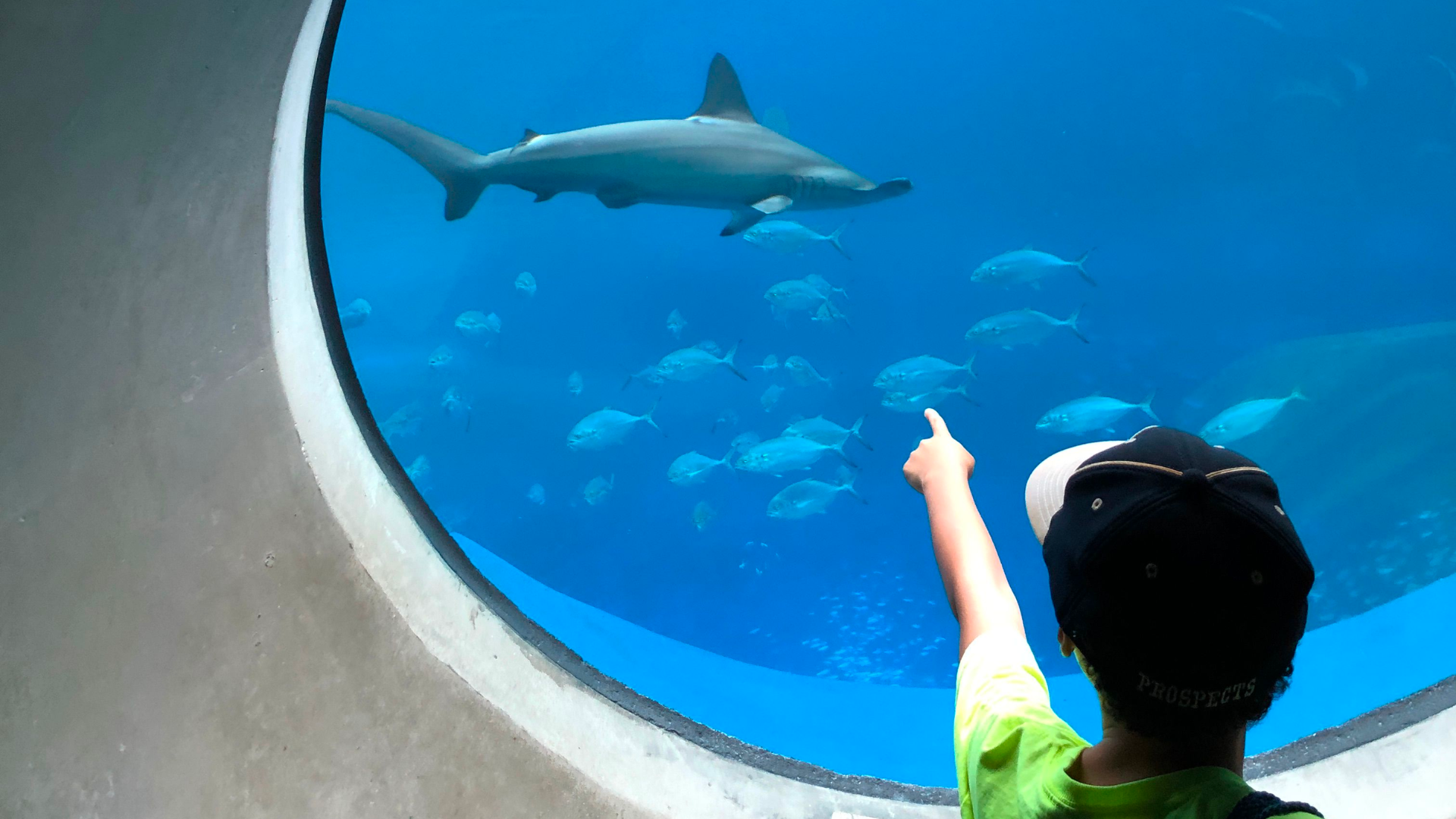 The data told the researchers a few other things about shark behavior beyond just how deep they go. The shark’s dives ranged from six to 49 minutes, with an average time of 24 minutes. It also descended very quickly – an impressive 3.8 meters (12.5 feet) per second – but came back up from the deep much more slowly.

Diving hundreds of meters into the deep is not an easy feat, even for sharks: deep ocean water is very cold, and a shark expends a lot of energy going down and coming back up. Now, scientists are wondering how the bodies of scalloped hammerhead sharks have adapted to such extreme activity.

Perhaps soon we will have the answer. And next time you come to Frost Science and see our scalloped hammerhead in the Gulf Stream Oculus exhibit, you can impress your friends with this new shark fact!