Mammoths in the News - Frost Science 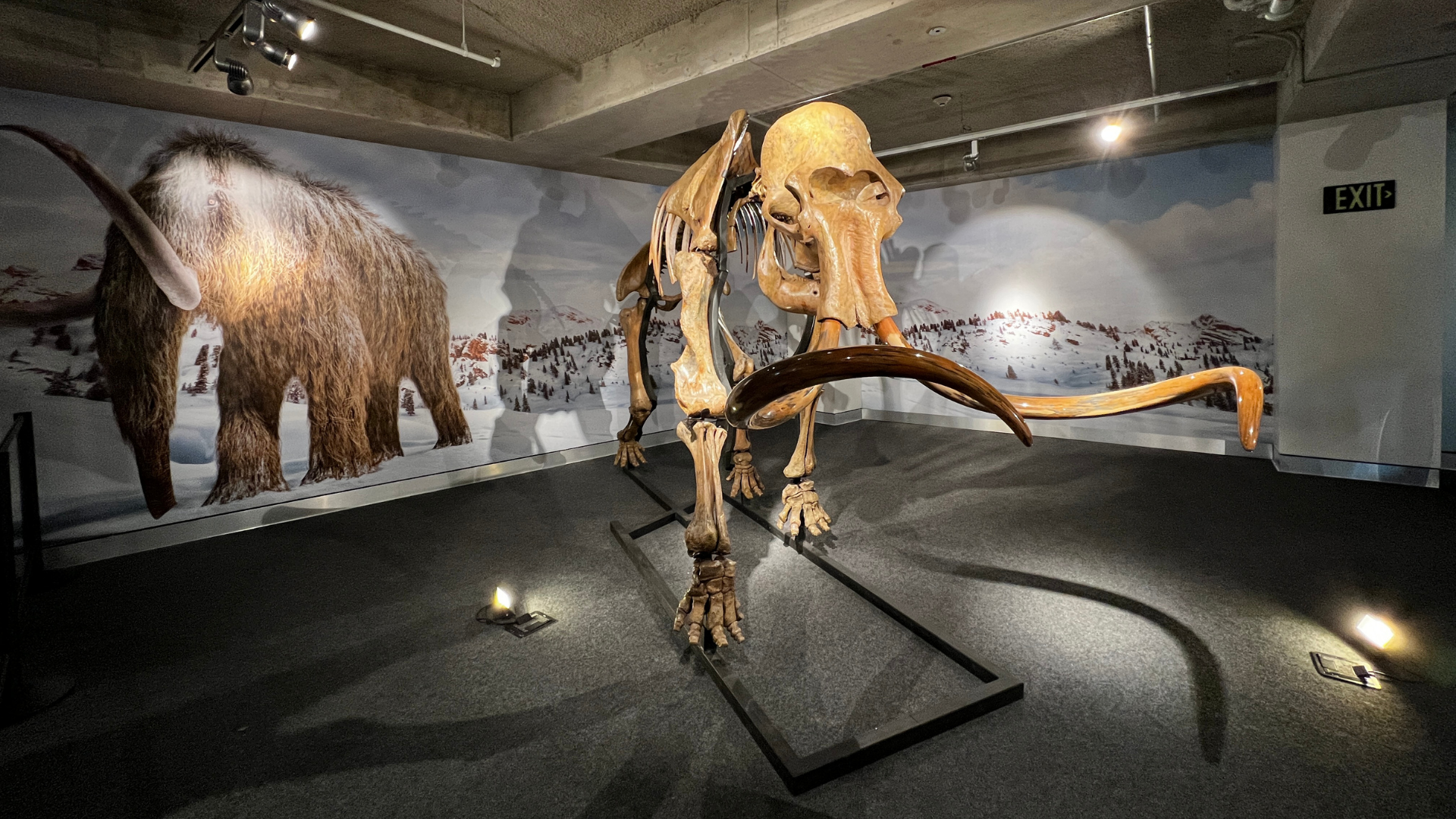 Despite going extinct thousands of years ago (more on the specific dates later), mammoths are still making headlines. In the past few months, scientists and genetic engineers have reported some fascinating new discoveries about these giant creatures, shedding light on their evolution and extinction. In celebration of the recent opening of the Phillip and Patricia Frost Museum of Science’s newest exhibition, Mammoths: Ice Age Giants, we’re rounding up some recent stories about mammoths that show how cutting-edge technologies are giving insight to ancient animals.

Mammoths may have gone extinct much later than previously thought.

With thick fur and significant body fat, mammoths were well-adapted to surviving in the cold, Ice Age climates of the Pleistocene (the period from 2.5 million years ago to 11,700 years ago). Given these cold weather features, it is probably not surprising that paleontologists stopped finding many mammoth skeletons soon after the beginning of the warmer interglacial period, just over 10,000 years ago. Using this evidence, scientists concluded that mammoths went extinct when their large open habitats were replaced by denser forests that thrived in warmer, wetter temperatures. Recently, a few mammoths were discovered on Siberia’s Wrangel Island up to 4,000 years ago, but this was thought to be an exception. However, scientists based their conclusions on finding preserved mammoth materials, such as bones and teeth. As you might expect, not every animal that dies thousands of years ago has a skeleton that survives acidic soil, animal scavenging and invasive roots to be discovered by a paleontologist. 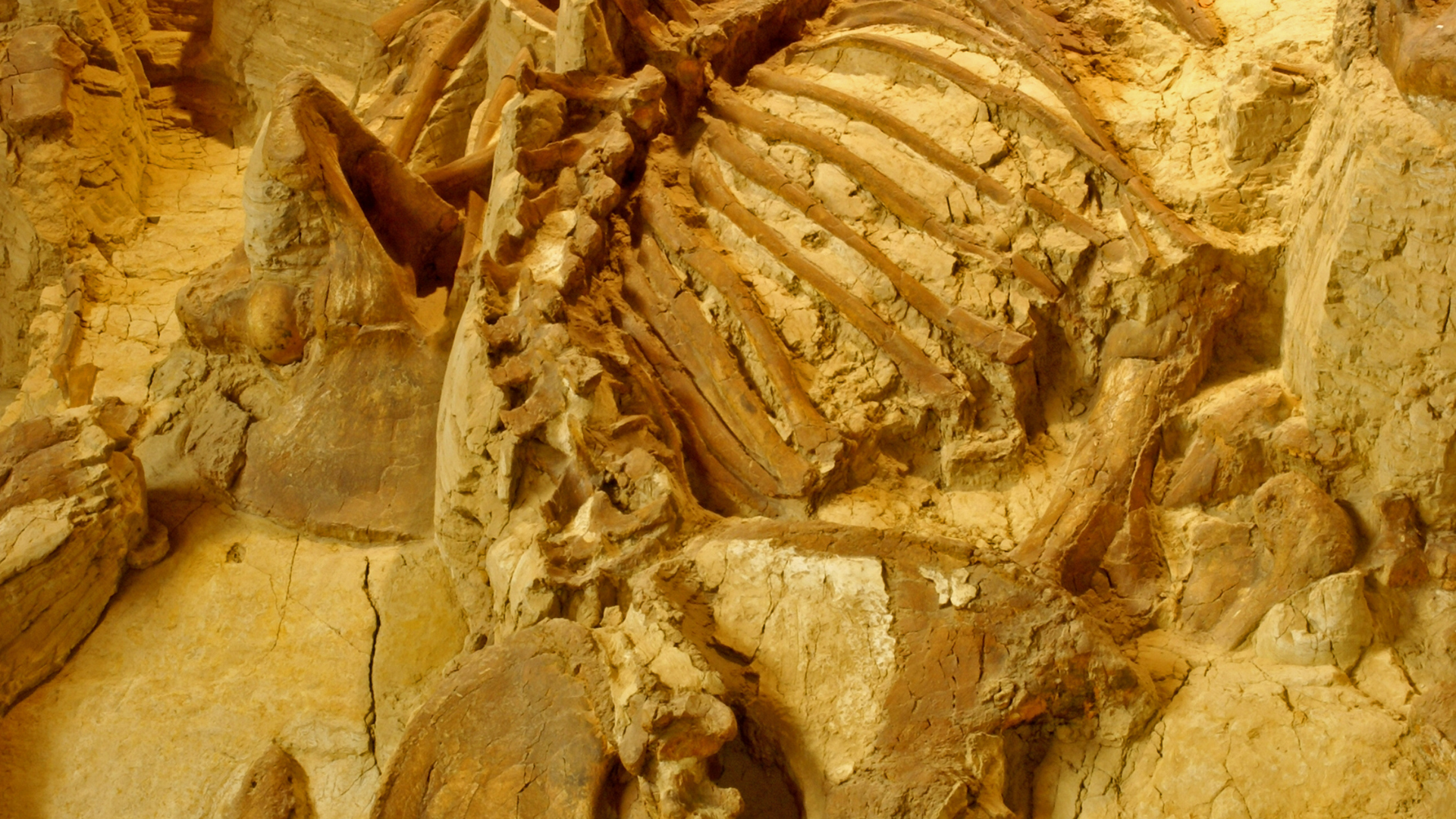 Scientists have long understood the drawback to relying on skeletons to determine dates of extinction, but only recently discovered a workaround in the form of fragmentary skin DNA. As you are reading this, you are shedding DNA-containing cells. In fact, humans shed about 40,000 cells an hour, leaving traces of ourselves at our houses, our jobs, and on our commutes. Like skeletons, much of that DNA won’t be preserved, but there’s a higher likelihood of finding one of the tens of billions of an animal’s shed skin cells than a single skeleton.

Still, for Tyler Murchie, whose work on DNA fragments in soil was recently published in Nature Communications, finding mammoth DNA in 5,000 year old soil samples was surprising. Murchie worked with soil samples from the Yukon territory, finding traces of mammoths and horses long after they were thought to go extinct. Other soil studies may reveal traces of mammoths in warmer areas, suggesting that they may have reduced in number after the Pleistocene but went extinct much later.

Every new discovery of mammoth material, whether isolated DNA or bone fragments, can help scientists better understand the anatomy and behavior of these Ice Age animals. That means when scientists make an immense find, such as the recent discovery of five fully preserved skeletons, the potential for new knowledge seems unlimited. The skeletons were unearthed in Swindon, England, and feature two adults, two juveniles and an infant. Even more exciting, paleontologists also uncovered hunting tools belonging to Neanderthals in this almost 215,000-year-old site. Not only are specimens this old reasonably rare, but they help elucidate how mammoths and Neanderthals interact.

The discovered mammoth specimens all belong to the steppe mammoth, which were larger than both our woolly mammoth specimen and the Columbian mammoths native to Pleistocene Miami. Like its Neanderthal predators, steppe mammoths only appear in Eurasia, and went extinct by about 30,000 years ago. Neanderthals and mammoths were both cold-adapted relative to humans and modern-day elephants and both species went extinct during relatively warm periods. At 215,000 years old, the Swindon site is also dated to a warm period during the Pleistocene, so the finds may help paint a more nuanced picture of how cold-adapted animals and our close human cousins adapted to the changing climate.

Scientists have only excavated a small portion of the quarry site where the five mammoths, as well as other Ice Age fauna, have already been found. It will be exciting to follow this paleontological site as new finds are reported and new information about mammoths are uncovered. 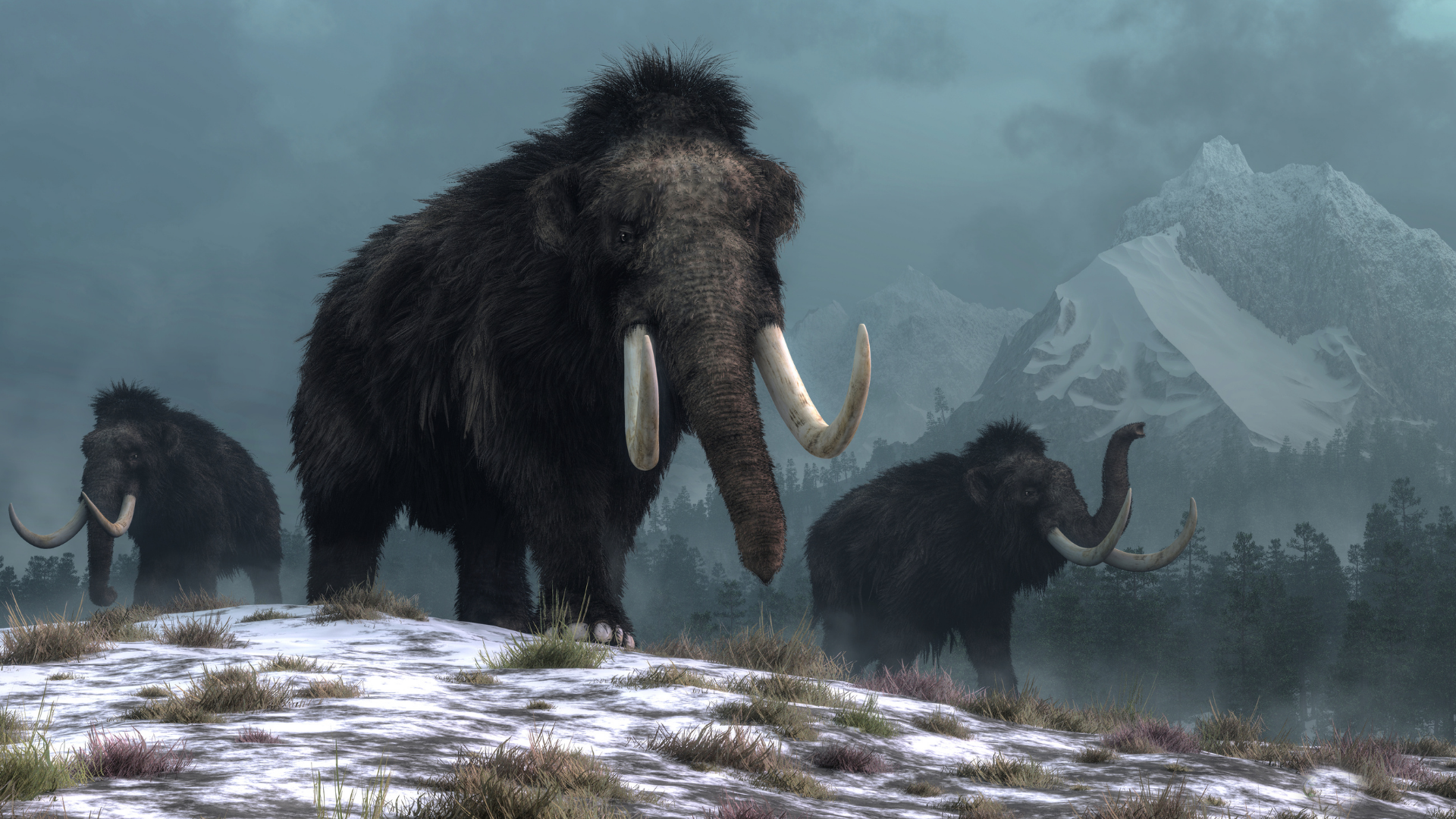 How did mammoths go extinct?

Every discovery made helps us understand more about how mammoths evolved, lived and ultimately died. However, despite these recent innovations, much about the mammoths still remains unknown. One of the biggest puzzles involves deciphering exactly how mammoths went extinct. While many scientists claim the warmer climates starting at the end of the Pleistocene as the sole factor, others point to human overharvesting. Humans contributed to the extinction of many of the large Ice Age fauna and human tools have been found at many mammoth kill sites.

These recent discoveries can provide new insight into solving this problem but ultimately raise more questions. For example, learning that at least some mammoths survived with humans until 5,000 years ago suggests that humans didn’t always hunt mammoths to extinction, but also that warming climates aren’t entirely to blame.

Another study, led by researcher Yucheng Wang, sought to produce a fine-scale model for vegetation change, focusing on some of the important plants in the mammoth’s diet. Though mammoths are herbivores, their weight means they regularly consume in excess of 800 pounds of food a day. If crucial elements of their diet went extinct, it is hard to imagine that mammoths wouldn’t soon follow. The model points to rapid climate change, specifically increased precipitation, leading to massive changes in the mammoth’s habitat – and likely significant decreases in their available food sources.

While some contend that this study points conclusively to climate change as the cause of the mammoth’s demise, others remain skeptical. For example, humans may have worked alongside climate change to reduce herd sizes or cause local extinction events. If you are interested in evaluating the evidence for yourself, visit Mammoths: Ice Age Giants.

Should we bring the woolly mammoth back?

Regardless of when and why the woolly mammoth went extinct, there are now some geneticists working to bring a mammoth, or really a mammoth-elephant hybrid, to life. The company behind this effort, aptly named Colossal, includes geneticists, tech entrepreneurs and bioethicists, all working together to restore this important species. Through a process called de-extinction, Colossal hopes to take the embryo of a living species and splice in genes from the extinct species, using the genetic engineering tool CRISPR-Cas9. Mammoths and Asian elephants are close cousins, last sharing a common ancestor around 6 million years (for reference, humans and chimpanzees shared a common ancestor between 6-7 million years ago). In fact, Asian elephants are more closely related to mammoths than they are to their living African relatives. This means that mammoths share over 99.9% of their DNA with Asian elephants – still over a million base pairs of the 3 billion base pairs that comprise the mammoth genome, but a small enough number that techniques like CRISPR-Cas9 can be effective in identifying and replacing target genes. For mammoths, these are genes like increased fat storage, woolly coats, and more efficient circulation in low temperatures.

Though it may seem like the plot of Jurassic Park, ultimately for many of the geneticists working on the project, the goal of de-extinction isn’t just bringing animals back from the dead. Instead, they view revitalizing the mammoth population as an important step for reversing anthropogenic climate change. The frozen grasslands where mammoths thrive are important carbon sinks, and mammoths helped fell trees and pack down the soil to keep it cool. If large numbers of mammoths are brought back to life, they may work to prevent further release of CO2 from the melting permafrost, a growing concern in the coming decades.

There are certainly many ethical issues associated with bringing a species back from the brink of extinction, and the earliest we might see a mammoth calf is seven years from now. Still, as we must work to find creative solutions to the growing threat of climate change, de-extinction holds many promises.

All of these stories are major discoveries about mammoths that have been published within the past six months. As you can tell, just because a species may be extinct doesn’t mean there isn’t more to explore – for both scientists and you! Come visit Mammoths: Ice Age Giants at Frost Science to walk alongside these great beasts and uncover their mysteries for yourself.