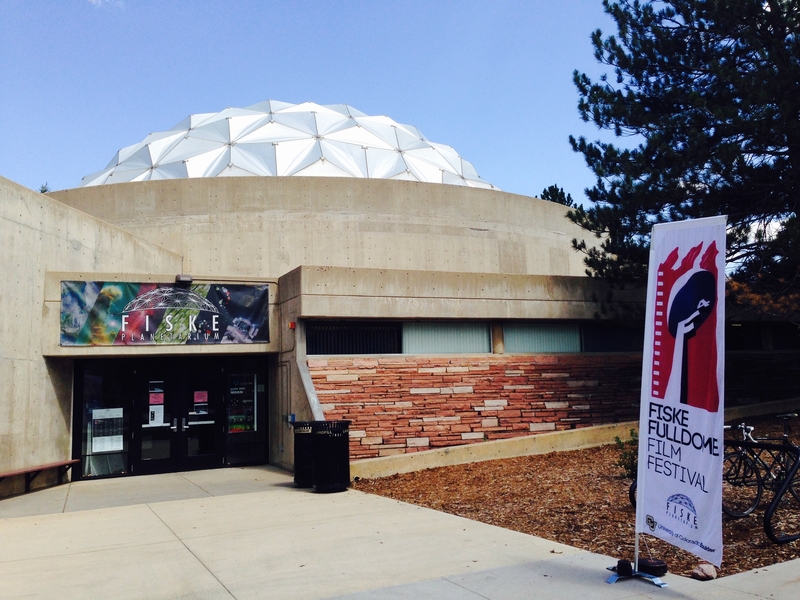 By Jorge Perez-Gallego, Curator of Astronomy and Exhibition Developer

The first time I went to a planetarium was back in the 80’s in Barcelona. We lived away from the city and the trek was not always easy. Back then, at a very young age, astronomy had already piqued my interest, mostly due to Carl Sagan’s Cosmos. I do not remember when I went back for a second visit, it was probably at a much later date. Alas, this past week I have spent three days watching over thirty planetarium shows, including pre-rendered shows about astronomy, space exploration, life science and Earth science, as well as fully immersive theater, music and VJing performances.

Ahead of the Frost Science opening in summer 2016, I attended the first Fiske Fulldome Film Festival at the Fiske Planetarium in Boulder, CO, one of a very few 8K planetariums in the US, on behalf of the Frost Planetarium. With the aim of bringing together planetariums, creators, producers and distributors, the outstanding team at Fiske presented some of the most dynamic, engaging and emotionally inspiring films for the full dome experience. The future, 250-seat stadium-like Frost Planetarium will feature an 8K high-resolution projection system, surround sound and state-of-the-art software for live presentations. Visitors will be able to travel to distant galaxies, tour our planet from space, dive deep into the Gulf Stream, explore the inside of the human brain or discover the new world of nanotechnology. Planetariums are only as good as their content.

Over 100 million people visit planetariums every year and they are as interested in astronomy and space exploration as they have ever been. With a commitment to scientific integrity, we want to bring great pre-rendered content, not only about astronomy and space exploration, but also about the other main themes of Frost Science, such as Earth science and health science, to the Frost Planetarium. Combined with our long record of live astronomy presentations, we are set to turn Frost Planetarium into an invaluable and entertaining educational asset for South Florida and its visitors. But we do not want to stop there. In a community like Miami, on the cutting edge of the creative movement, we are excited to investigate new ways in which planetariums can be activated to appeal to a larger population of young professionals looking for quality entertainment.

Festival winners included “We Are Stars,” a whimsical tale about the life and death of stars which at one point ingeniously uses an original Goldberg machine to explain the process of fusion in the Sun (i.e., the process by which hydrogen turns into helium); “Bella Gaia,” a beautiful journey that shows the relationship between human civilization and our ecosystem through time and space, and whose soundtrack was played live by Kenji Williams, its creator, during the festival; “Space School,” the untold story of how astronauts train underwater to live, work and carry out repairs in space, featuring Florida International University’s Medina Aquarius Program; and “Samskara,” an immersive full dome sensory experience from the mind of multimedia artist Android Jones. This is just to list a few, as all entries proved planetarium content is certainly on the raise.

It is undoubtedly a good time for Frost Planetarium to be born. Onwards!