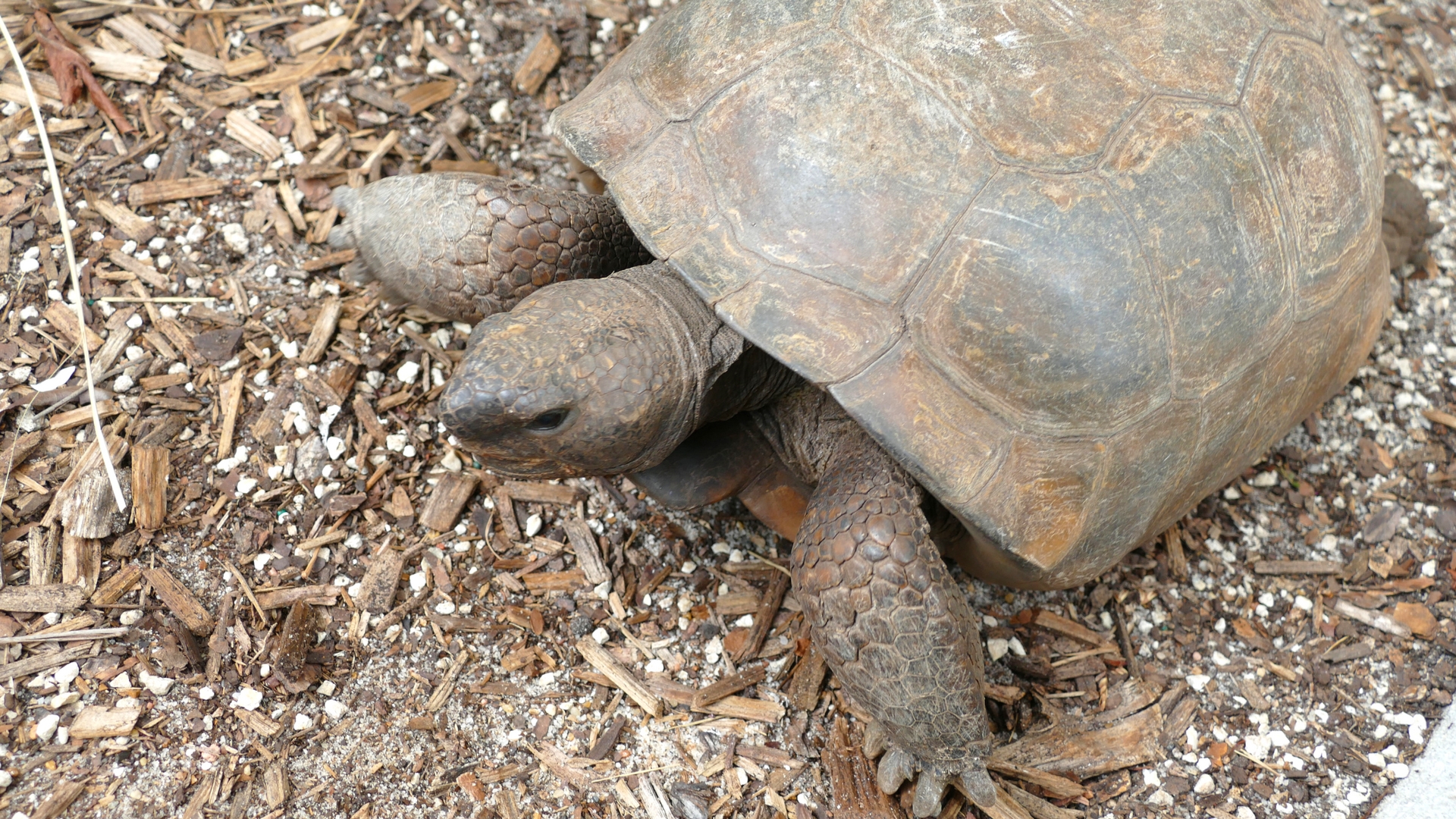 You’re probably fairly familiar with the humble tortoise—after all, it was a tortoise who handily beat the hare with its slow and methodical determination during Aesop’s infamous race.

But there’s so much more to this land-dwelling reptile than an ancient fable—and the gopher tortoise is no exception. A medium-size land turtle with large, stumpy hind legs, the gopher tortoise can be found in all 67 counties in Florida and are considered a “keystone species” because they are the backbone of their local plant and wildlife community. Without the gopher tortoise, the populations of more than 350 wildlife species that seek refuge or live in the burrows would be greatly reduced, if not eliminated.

Frost Science has four gopher tortoises that have all been rehabilitated at the museum. You can meet them on Tuesday, April 10 in honor of Florida Gopher Tortoise Day.

In celebration of this special day, here are six fun facts to help you get to know Florida’s only native tortoise.