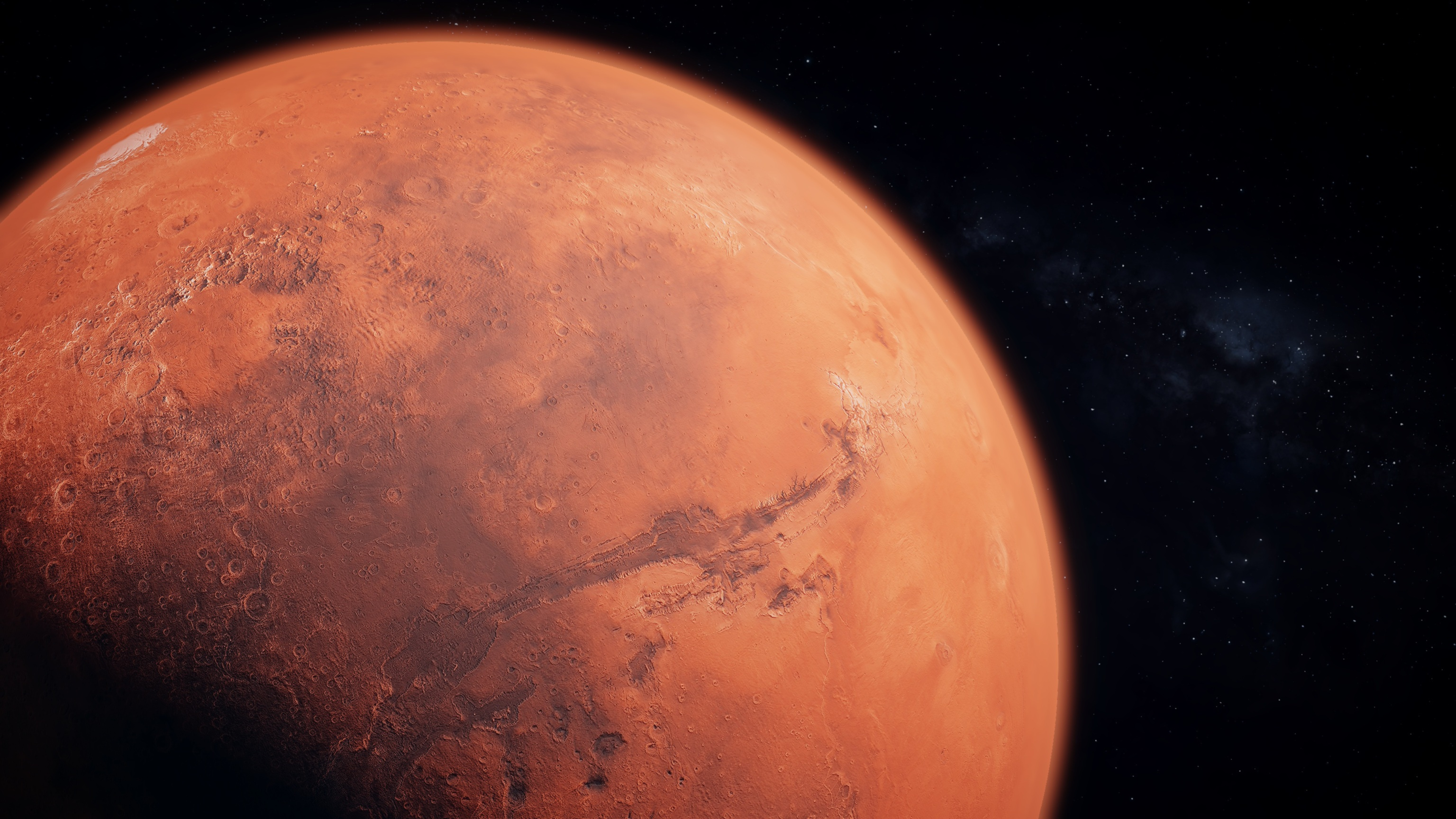 Fans of the Frost Planetarium show Worlds Beyond Earth have seen what it must be like to roam dry, dusty Mars. Known as the Red Planet, Mars is a small and cool planet relative to Earth. Most of its volcanic and tectonic activity occurred over three billion years ago. Because of that, planetary scientists have considered Mars an “essentially dead” planet, with very little geologic activity. But in a new study, a pair of University of Arizona researchers have identified an active mantle plume in the planet’s Elysium Planitia region, upending current scientific understanding of the Red Planet.

Elysium Planitia is a large, flat plain north of the Martian equator and the second largest volcanic region on the planet. It is also home to the most recent volcanic eruptions on Mars, which occurred just 53,000 years ago—extremely recently, in geologic time. Since it landed on Elysium Planitia in 2018, NASA’s InSight lander has recorded several seismic events. On Earth we call these earthquakes, but the scientific term for such events on Mars is “marsquakes.” Marsquakes aren’t caused by the movement of tectonic plates, like they are on Earth. Instead, they occur when the planet’s topmost layer (its crust) breaks due to the movement of molten rock underneath. 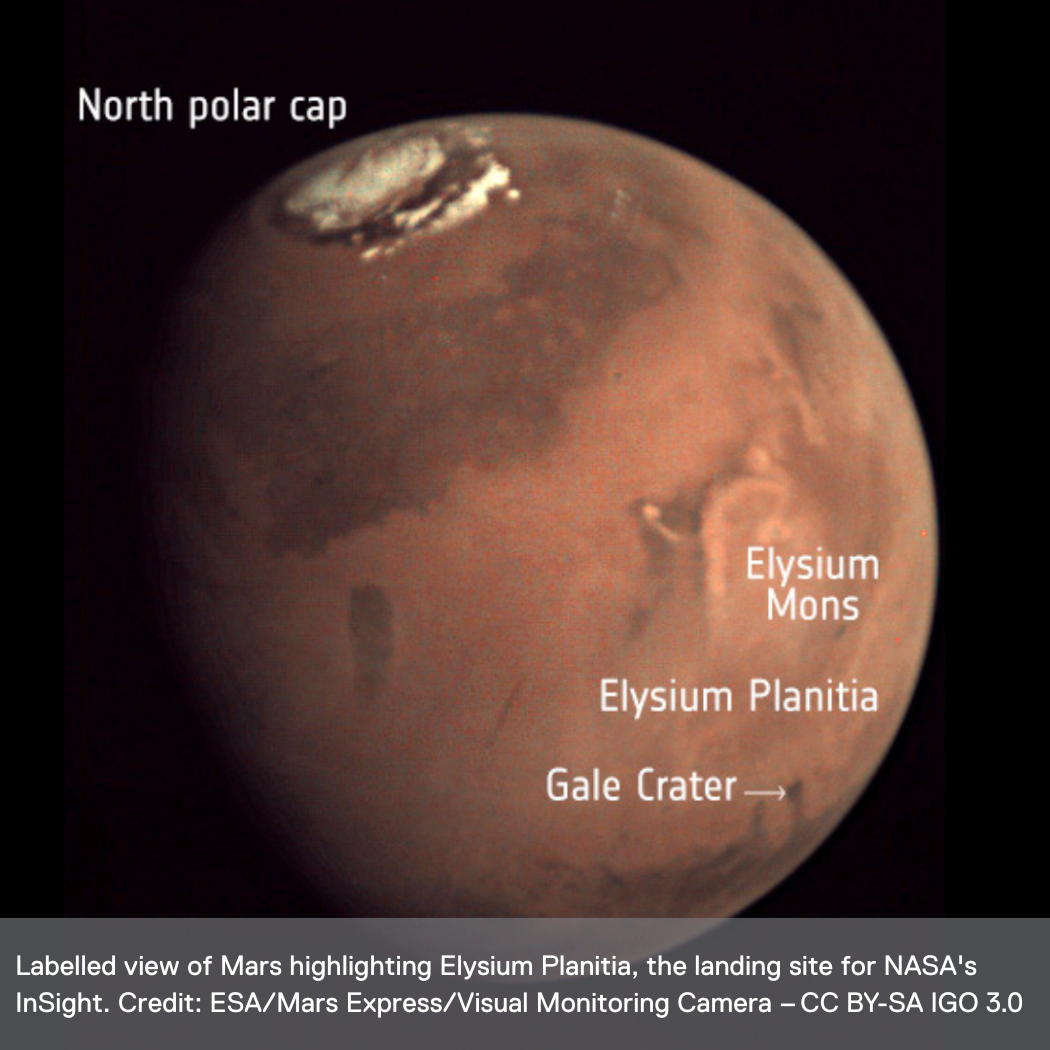 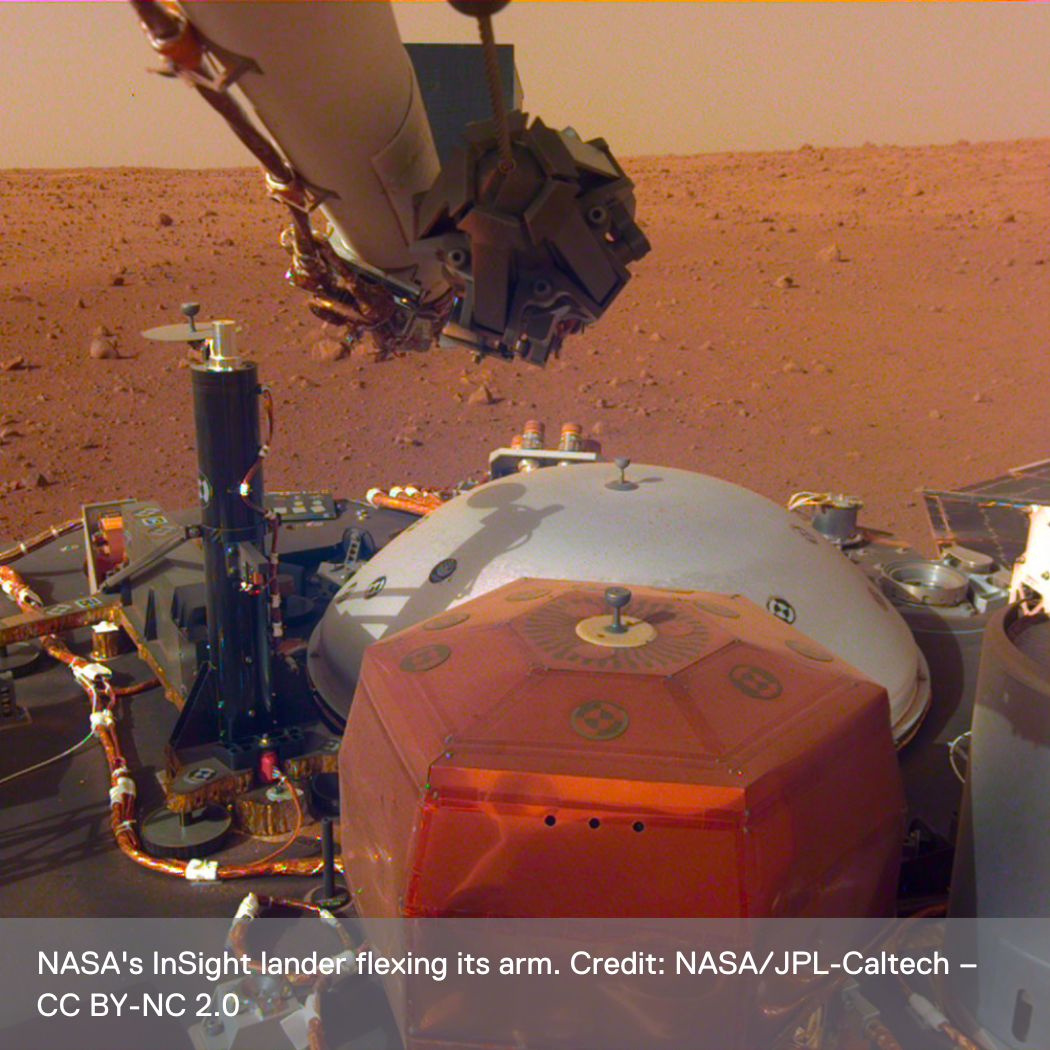 This seismic and volcanic activity in Elysium Planitia is beyond what would be expected on a cooling planet, which led the researchers behind this new study to hypothesize there might be an active mantle plume underlying the region. Mantle plumes are upwellings of hot, light rock rising from the middle layer of a planet to its crust. On Earth, scientists have discovered at least 28 mantle plumes that have created hotspots of volcanic activity. Earth’s sister planet Venus also has active mantle plumes.

Using data from InSight and NASA’s Mars Odyssey spacecraft—which has been orbiting the planet for an impressive 21 years—the duo demonstrated there is an active mantle plume about the size of the continental United States underneath Elysium Planitia. Their study, they say, “poses a challenge to our understanding of the thermal evolution and interior dynamics of Mars.” In other words: this is a big deal that may revolutionize the way we see the Red Planet.

In addition to being an exciting scientific breakthrough, this new information has practical implications for understanding the data transmitted back to Earth by the InSight lander. Lead study author Adrien Broquet says, “We used to think that InSight landed in one of the most geologically boring regions on Mars—a nice flat surface that should be roughly representative of the planet’s lowlands. Instead, our study demonstrates that InSight landed right on top of an active plume head.” This may be a blessing in disguise. Life on Mars, if it exists, could flourish in this geologically and chemically active area.

After four productive years, the InSight lander recently lost power and stopped transmitting data back to Earth. But that doesn’t mean we’re done learning about Mars. If anything, this new study shows we are just beginning! NASA’s Perseverance and Curiosity rovers are still exploring the Red Planet, and there are almost certainly many more scientific discoveries to come.