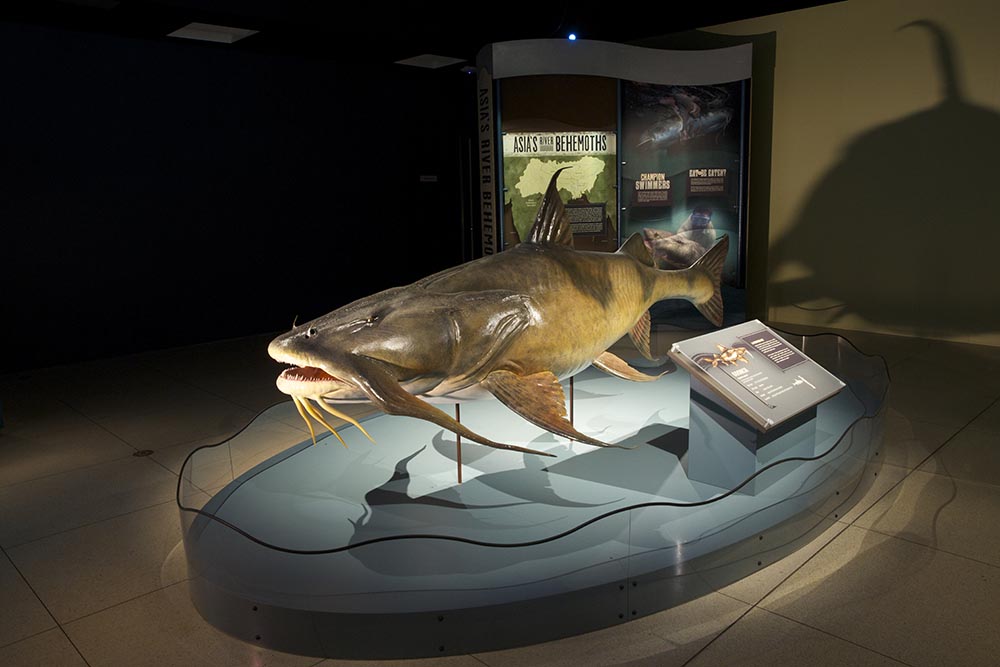 Lurking throughout levels two and three of our West Wing is a tale of the rare and colossal fish that call the extraordinary basins of the world’s wildest rivers their home. Monster Fish: In Search of the Last River Giants made its Frost Science debut last month and showcases the biodiversity of these rare giants’ habitats, their extraordinary biology and behavior, and the impact they have on the places that depend on them.

We sat down with our vice president of animal husbandry, Andy Dehart, for a deeper dive into the world of our newest exhibition.

As someone who has spent a lifetime working with sharks and rays, my favorite is the freshwater sawfish, which is a type of ray capable of growing up to 20 feet in length. This species spends a portion of its life in marine and brackish water environments. What are you most excited for people to experience?

How is this exhibition connected to South Florida’s ecosystems? Are there any messages that we can take from the exhibition and apply to our own backyard?

There are interactives which look at the catch-and-release of a few native species found in Florida waters, but the message of preserving habitats is a universal one. Here in Florida, we have one of the most amazing freshwater habitats on Earth—the Florida Everglades. Like many of the freshwater rivers, streams and lakes featured in Monster Fish, the Everglades is affected by pollution, habitat loss, urban growth, damning, increase in agriculture and climate change. Much of the pollution starts in our very own backyards with the use of fertilizers and plastics. This first affects these fragile freshwater ecosystems long before they make it to the world’s oceans.

Does South Florida have any “monster fish” of its own? If so, which one do you find to be the most impressive?

South Florida has numerous monster fish, although most are marine species that live in the ocean, such as the goliath grouper which can grow to lengths of eight feet and weigh 700 pounds. A true monster fish, the alligator gar lives in the panhandle of Florida. Sadly, South Florida is inundated with exotic fish—many of which grow to large sizes like the bullseye snakehead, peacock bass, oscars and walking catfish. These species out-compete our native species for food and habitat and often prey directly on our native fish. With all the available water on Earth, only a mere 2.5 percent is considered freshwater and what living organisms need to survive.

What message do you hope people will walk away with?

Whether it be here in the United States or the Mekong River Basin in Asia, freshwater ecosystems are home to a diverse population of monster fish. These fish are often misunderstood and need scientific study to protect them and their fragile ecosystems.

Monster Fish: In Search of the Last River Giants will be on view through spring 2018. For more information, click here or dive into this fascinating exhibition on your next visit. Monster Fish is developed and traveled by National Geographic Society. 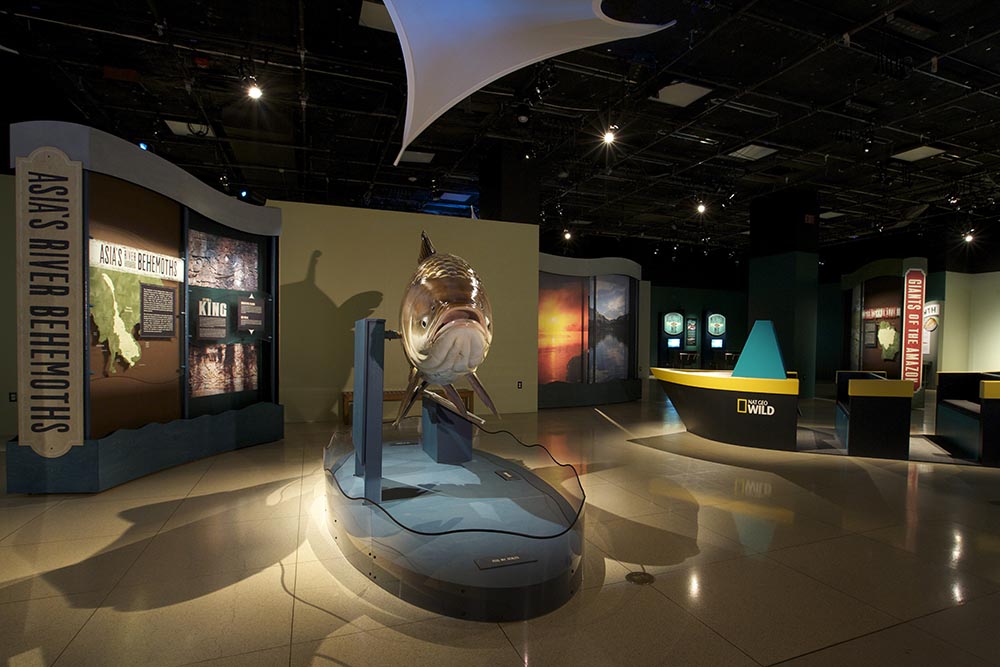 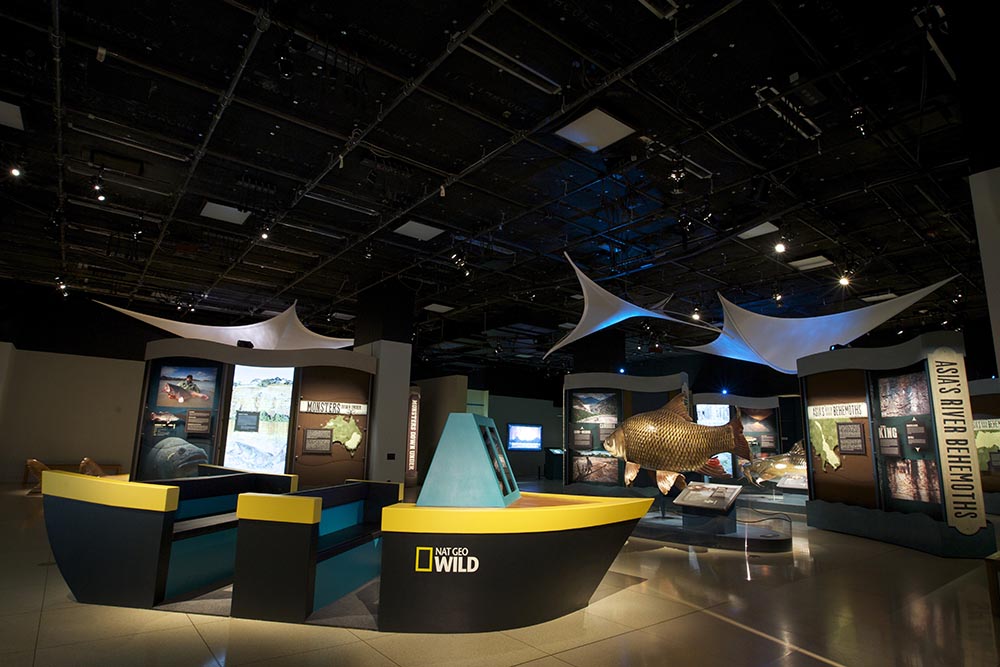 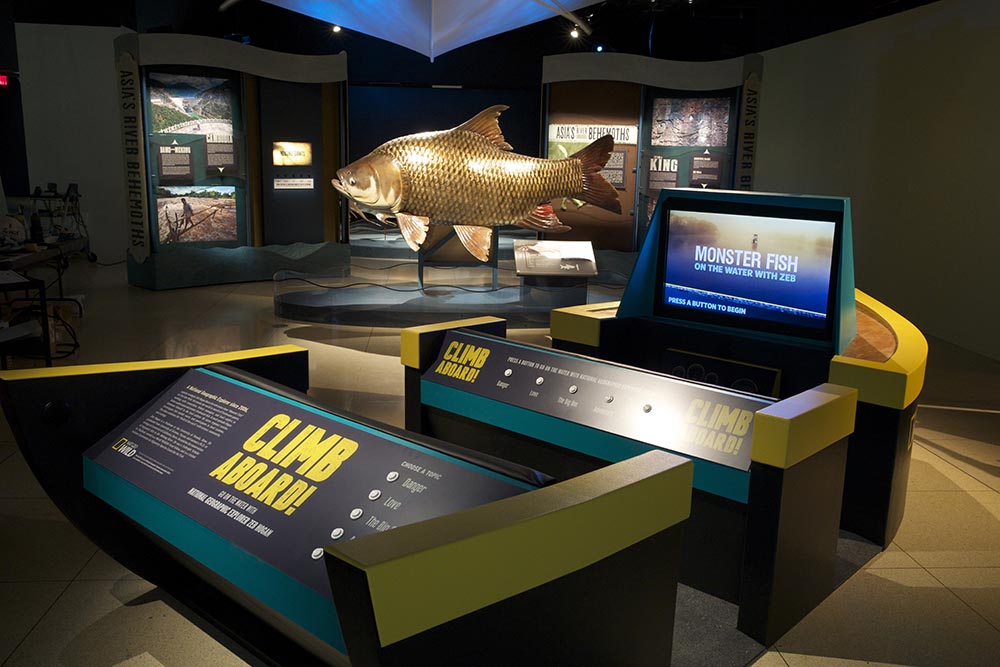 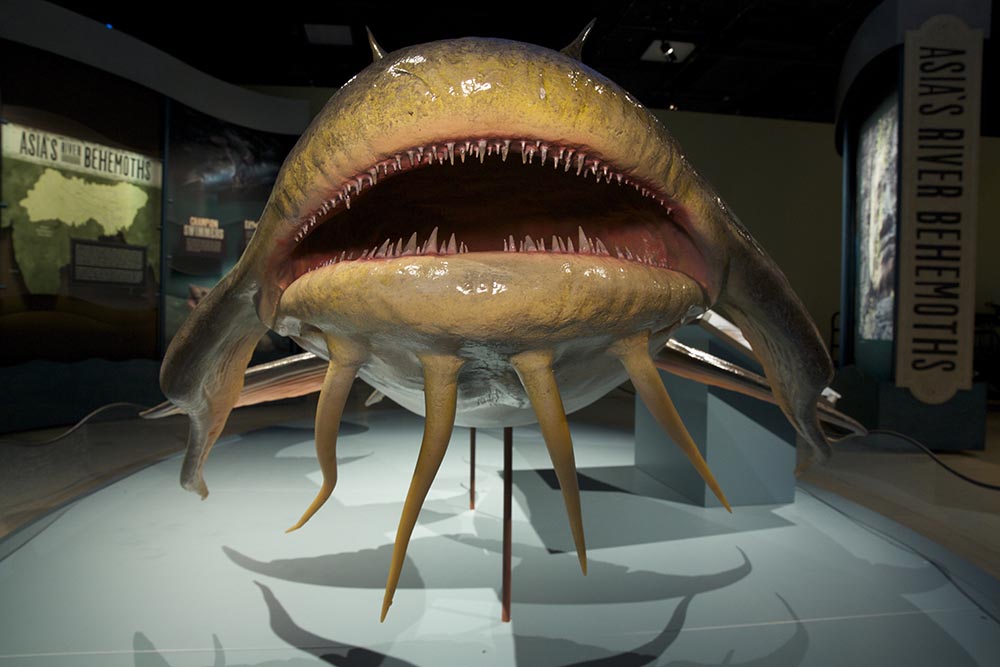 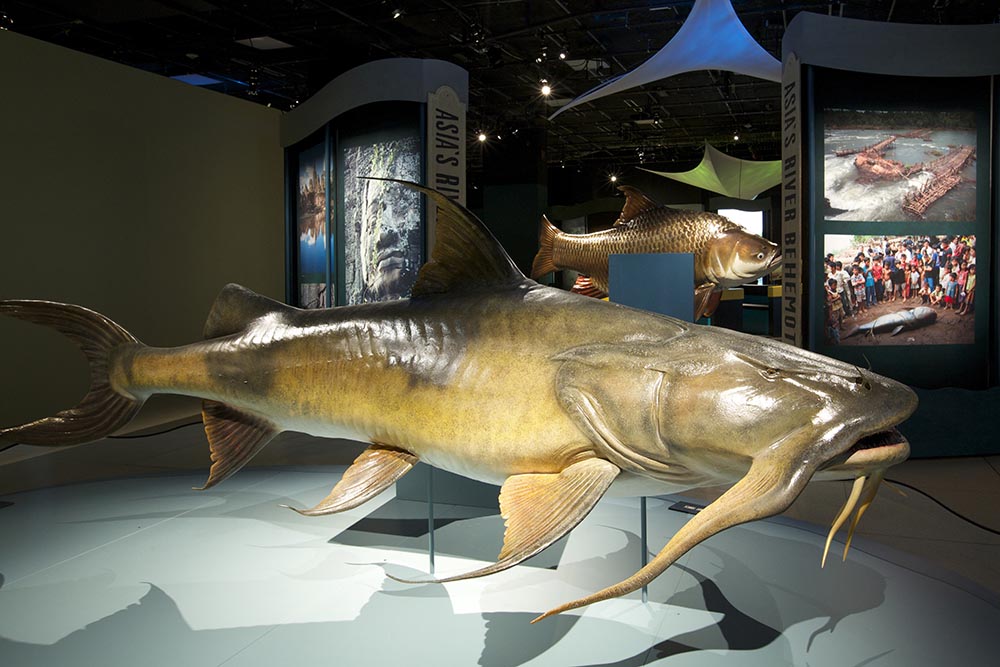 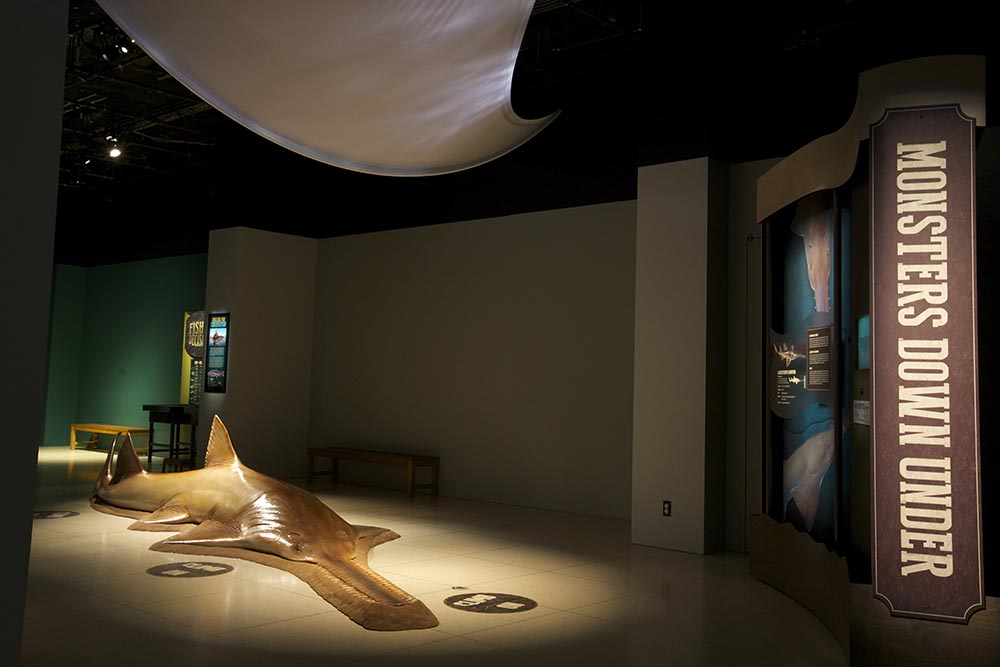