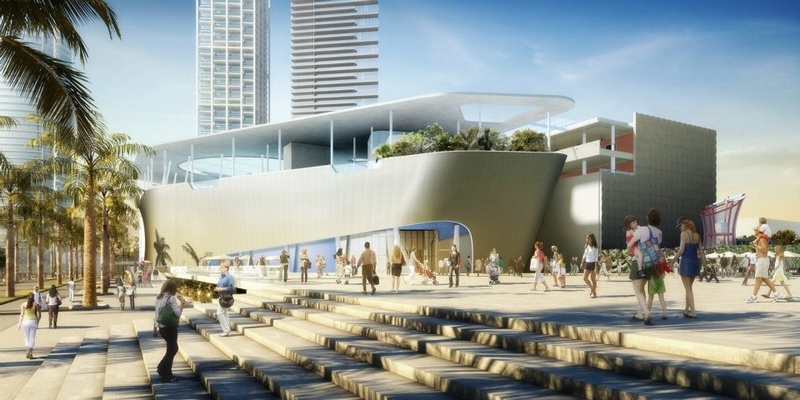 The saying goes, “prepare for the worst, hope for the best.” We hope that we will not have an extreme hurricane event in south Florida, but we do need to be prepared for it, just in case. Florida building codes require that buildings within a hurricane zone be tested for structural wind resistance. At the Phillip and Patricia Frost Museum of Science construction site, we just completed an “impact test” on one of our window walls. Imagine the extreme force of a hurricane, not to mention hurricane-related debris, and you might wonder how we simulate that. Here’s the “before” picture of the wall…

Because many of the new museum’s structural systems are custom-made, samples of parts of the building are built at an offsite location and subjected to the forces that the building might see during an actual hurricane event.  There are multiple major tests conducted, including something called the “Large Missile Impact Test” (which sounds exciting but intimidating all at once). This test is meant to determine that the structure is sufficiently resistant to windborne debris (as defined by the Building Code for maintaining the envelope of the building).

To run this test, an 8 foot Southern Pine 2” x 4” beam, weighing 9 pounds, is shot from an air cannon at a speed of 50 feet per second (with resulting damage not to code-allowed tolerances). Check out what that test really looked like in action in the video clip below, to see the “after” picture!