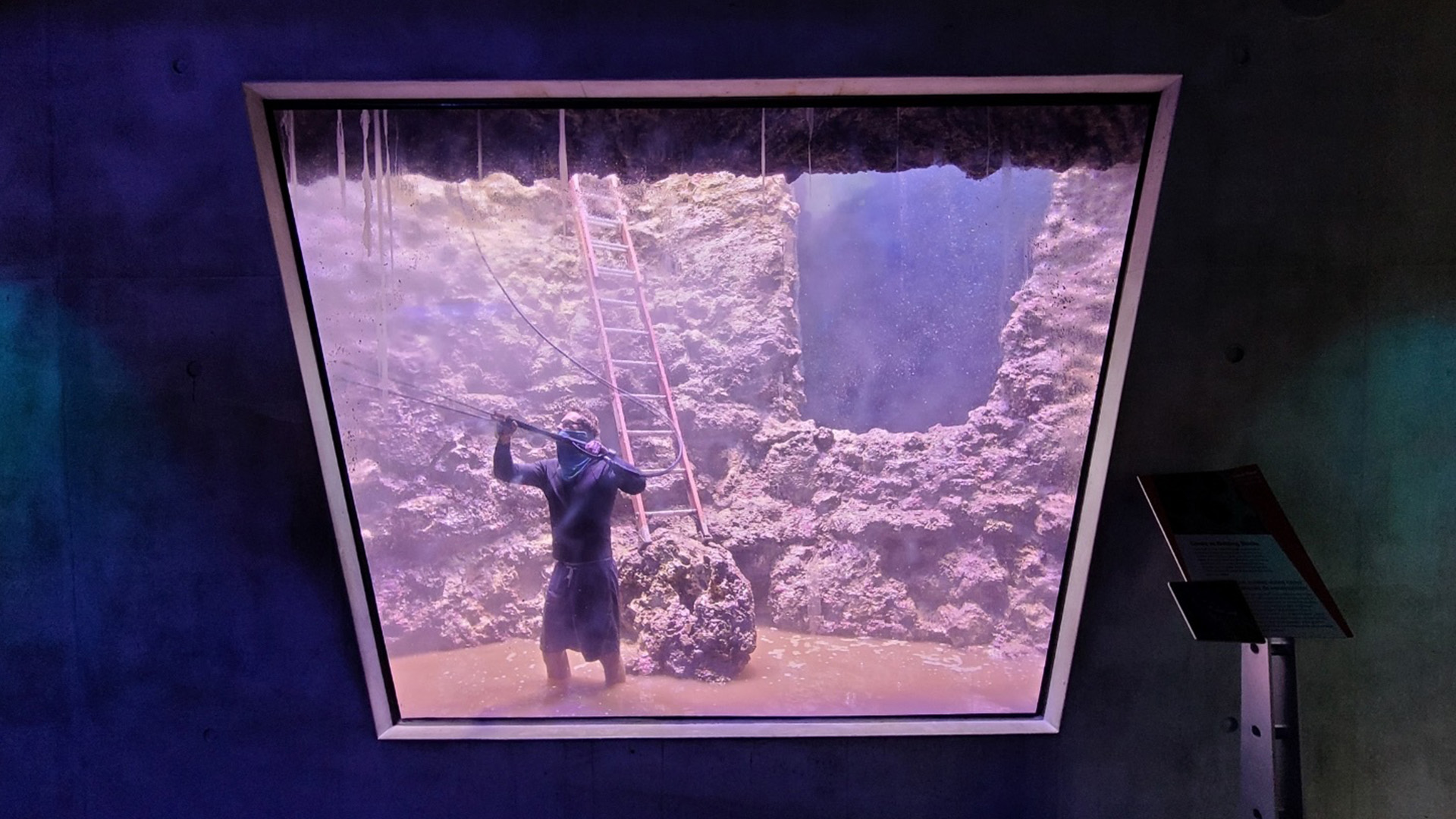 There are exciting changes in store at the iconic Aquarium at Frost Science! A new exhibit is being built that will showcase the goliath grouper (Epinephelus itajara), a large saltwater fish true to its name. This exhibit will replace the Tropical Pacific Coral Reef exhibit habitat, but don’t worry – you’ll still be able to see those fish and corals in the new Great Barrier Reef exhibit in the museum’s Ocean Gallery.

Our animal husbandry team is currently working on the project and is ready to share some insights with our Frost Science@Home audience. It will take about four weeks in total to build this 17-foot deep, 20,000-gallon saltwater exhibit, which spans all the way from the Royal Caribbean Vista level to The Dive, and will also feature other species of fish. While we wait for our goliath’s new home, let’s learn a bit more about this species.

Top Five Facts About the the Goliath Grouper