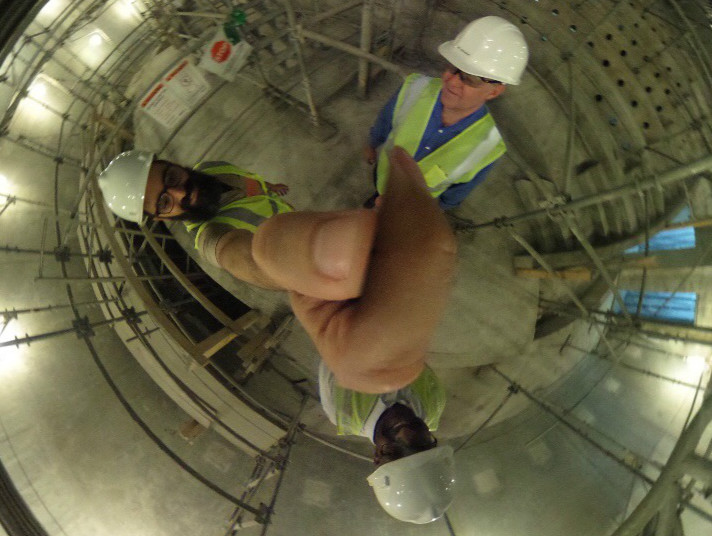 Technology is quickly making immersive environments, well, more immersive. One of the most interesting parts of my job with the Frost Planetarium is keeping up with the industry and bringing top-level advancements to Frost Science.

During the week of March 16, I attended the 2016 IMERSA (Immersive Media Entertainment, Science, and Arts) Summit in Denver, CO, a non-profit professional trade association that supports the international immersive community, and their production of extensive immersive digital experiences. Each year immersive professionals from all over the world get together to search for common ground as we all navigate a landscape of rapid technological and social change (it’s also an opportunity for me as a Floridian to hit the slopes, but that’s a story for some other time). During the week, we celebrated the worlds of giant-screen cinema, themed entertainment, gaming, virtual reality, planetariums, computer graphics, science visualization, and informal science education.

One of the Frost Planetarium’s goals is to open its doors to scientists, educators, students and artists so as to develop their careers, but also to help them develop their own immersive content, and contribute to the furthering of the medium itself. Immersive media can be an incredible tool in science learning: we can share our love for the night sky, take you on awe-inspiring journeys through the universe, and dive deep into the Gulf Stream, explore the inside of the human brain, and discover the world of nanotechnology. All this allows us to create connections between the Planetarium and other galleries of Frost Science, such as the MeLaβ and the Living Core Aquarium. Artist and futurist Jenny Carden (A.K.A. Zenka) presenting at IMERSA

The summit’s keynote speakers—Dr. David McConville, Jenny Carden, and Dr. JoAnn Kuchera-Morin—as well as all other presenters, discussed the past, present, and future of immersive environments.

Dr. McConville, from the Buckminster Fuller Institute, reminded us of a phrase coined by English poet Samuel Taylor Coleridge two centuries ago: “willing suspension of disbelief.” Think about it—during live astronomy shows we ask the audience to suspend disbelief (to forget you’re in Miami), and take convincing journeys they would never be able to actually take, the goal being to break down the barriers between the arts, the sciences, and the humanities.

Artist and futurist Jenny Carden (A.K.A. Zenka) looked back at some of the humorous attempts at virtual and augmented reality in the past. Some of my favorites were the Hugo Gernsback TV glasses in the ‘60s, which were like a TV set you wore against your eyes, and Nintendo’s Virtual Boy of the ‘90s, a failed attempt at displaying video games through goggles. Zenka also shared how museums and other entities use leading-edge technologies such as Google’s Expeditions, which allows you to navigate real museums with virtual reality headsets.

Finally, Dr. Kuchera-Morin, from the University of California–Santa Barbara, considered the difficulties of displaying, navigating, analyzing, and interacting with big data in large scale visual and auditory displays. The challenge lies in how to interpret the thousands of numbers available, and educating an audience to critique the numbers, not just accept them. Big data, virtual reality, and the contextualization of immersive experiences are just the tip of the iceberg. Many other topics were addressed and discussed as well.

As we development the programming for the new state-of-the-art 8K Frost Planetarium, we recognize these and other topics, and look forward to being part of the immersive conversation. I cannot wait to go to IMERSA again next year, as we will be open, and have even more to contribute.