Everything You Need to Know About the Solar Eclipse - Frost Science 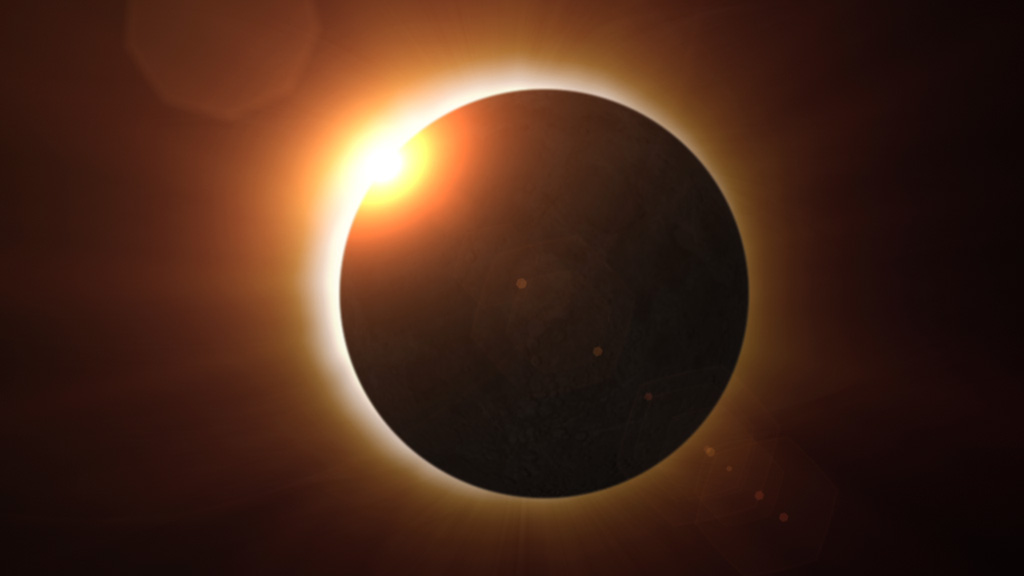 We’re in for a major celestial treat this month: the U.S. has been given front row seats to a solar eclipse. It’ll be the first time since 1979 that an eclipse has been visible from the contiguous United States. But this one’s special—it’ll be visible from coast-to-coast, something that hasn’t happened in 99 years.

What exactly is a solar eclipse?

While the moon is about 239,000 miles away from Earth with a radius of about 1,000 miles, and the sun is about 93 million miles away with one of about 432,000 miles, they have a similar angular size in the sky. That’s right—they both take up about half a degree on the sky as seen from Earth.

Solar eclipses occur when the new moon comes between the sun and Earth and casts the darkest part of its shadow, the umbra, on our planet. They happen with a certain frequency and are typically seen from different locations around Earth.

Eclipses are named after their darkest phase: total, partial and annular. During a total eclipse, the moon covers the entire disk of the sun. During partial and annular eclipses, the moon blocks only part of the sun. Total eclipses tend to happen when the moon is on its perigee (or, closest to Earth), while annular ones occur when it’s on its apogee (or, furthest from Earth) and looks slightly smaller than the sun. That causes it to form a ring (known as an “annulus” in Latin) as it passes in front of it. On occasion, we’ll get a rare hybrid of an annular and a total eclipse.

Is there a solar eclipse season?

Yes! The moon’s orbital plane around Earth is inclined at an angle of approximately five degrees in relation to the ecliptic—the circular path the sun appears to follow over the course of a year on the celestial sphere. The points where the two orbital planes meet are called lunar nodes. When the sun and the moon are close enough to a lunar node to align with Earth, we are in eclipse season, which lasts for about a month. In every eclipse season, you can expect two to three eclipses, including both solar and lunar. One of these is always a solar eclipse, with about two to five of them occuring every year.

What happens during a solar eclipse?

During a total solar eclipse, we dive into twilight in the middle of the day while witnessing the jets and streamers of light present in the sun’s corona emanating from the edges of the obscured sun. Some stars (and Mercury if it lies just to the side of the Sun) may be visible. Temperatures drop and animals behave as if night has arrived early.

What can I expect during this solar eclipse?

The path of this month’s total eclipse will cross 14 states, from Oregon to South Carolina. While Miami falls just outside of the path of totality, the Magic City will still be able to witness a partial solar eclipse, with an impressive 80% of the sun’s surface shadowed by the Moon. The event will begin at 1:26pm and end at 4:20pm, with maximum covering occurring at 2:58pm.

An eclipse is a spectacular astronomical event but remember, it’s not safe to look at a partial or annular eclipse (or the partial phases of a total solar eclipse) without the proper equipment and technique. Make sure you use eclipse glasses, solar telescopes or binoculars, or welding goggles 15 or higher.

You can also get a pair of your very own eclipse glasses during our Solar Eclipse viewing event! Be sure to check out our calendar for details on this extraordinary event. Complimentary glasses are with museum admission only—while supplies last. Glasses will be handed out starting at 9 a.m. when the museum opens. Solar eclipse glasses are also currently available for purchase at the Science Store for $4.99.