A is for Ana: Early Start for a Forecasted Active Hurricane Season - Frost Science

A snapshot of five named storms during the record-breaking 2020 hurricane season.

Each year the Atlantic hurricane season officially runs from June 1st through November 30th. However, during active years, it’s not uncommon for them to have an early start in May. The predictions are in for the 2021 season, and it’s looking like an above-average season. With Subtropical Storm Ana already in the books, let’s breakdown what the forecast is for this upcoming season, and what it means for us in South Florida?

The 2020 hurricane season broke all the records for tropical storms. There were 30 named tropical storms, with 13 becoming hurricanes and 6 reaching major hurricane strength (Category 3 or higher). Twelve of those storms impacted the US, with five alone making landfall in Louisiana. We reached so far into the Greek letters, and had too many storms with similar sounding names, that the World Meteorological Organization decided to change the naming system for storms. Now each year will still have a list of 21 names, but if those names are all used, then there is a supplemental list of 21 names. Thus it’s possible to have two A-named storms during an active season.

What’s the prediction for 2021? Here is a table that summarizes the forecasts from major players in the seasonal hurricane prediction game.

Every 10 years an updated climatological average is done on storm activity. This just happened at the end of 2020, to begin being used in the 2021 seasonal forecasts. This average is what is used to know whether a season will be above-average, below-average, or normal/average. As you can see, an above-average season is predicted, but why?

There are several factors that contribute to seasonal forecasts for hurricane activity. Sea surface temperatures matter a lot, and not just in the Atlantic. The El Niño Southern Oscillation (ENSO) looks at the average sea surface temperature along the equator in the East and Central Pacific Ocean and switches between being warmer (El Niño), cooler (La Niña), and neutral. The phase that ENSO is in actually impacts the entire global climate, including rainfall, winter climates and more. The El Niño phase usually results in lower activity in the Atlantic hurricane season, and the neutral and La Niña phases tend to have higher activity. This is because of changes in the wind patterns in the Atlantic. ENSO is currently in the neutral phase and is forecasted to remain neutral through the summer, with a possibility of heading to a La Niña phase in early winter.

Back in the Atlantic Ocean, a large factor is the Atlantic Multidecadal Oscillation (AMO). This is a change in the average sea surface temperature across the North Atlantic Ocean, from the equator to Greenland, which switches from warmer to colder sea surface temperatures for 20 to 40 years at a time. Currently the AMO is in a warm phase, which contributes to a greater frequency in hurricane activity (and is part of the reason the averages for hurricane activity went up for 1991-2020, when compared to 1981-2010).

Other factors used are global computer models that look at a variety of conditions in the ocean and atmosphere, previous hurricane seasons that have similar conditions to the one being forecasted, and other factors, such as wind patterns at different levels of the atmosphere, climate change, and even the west African monsoon. 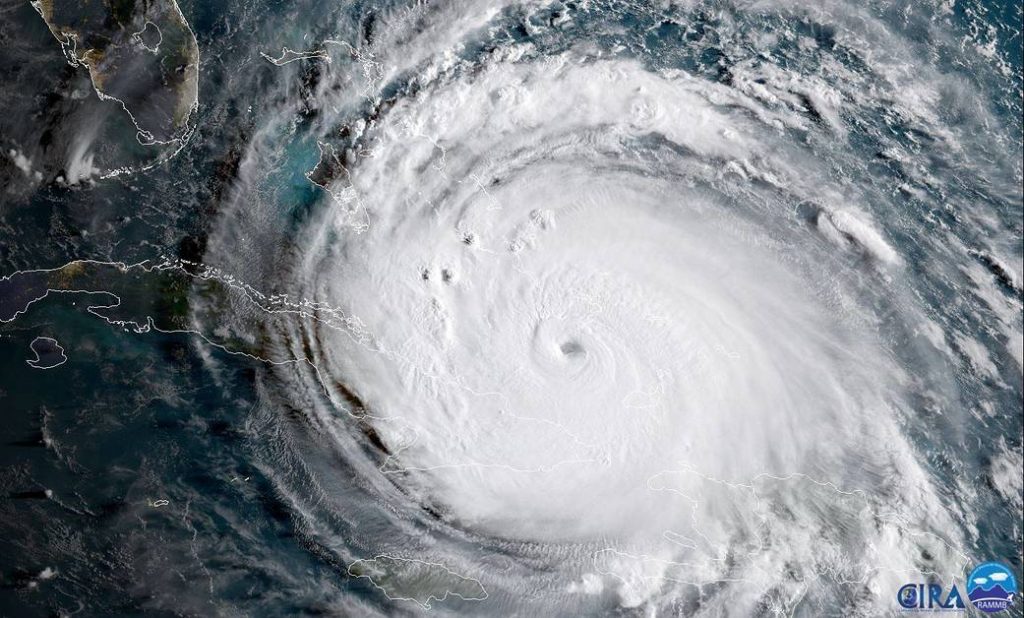 What does all this mean for us in South Florida?

Well, that’s where these forecasts become limited. Meteorologists do not yet (and may never) have the ability to say if a particular area as small as South Florida will be directly impacted for a given year. Hurricanes are a fact of life for us in South Florida, and we’ve been relatively lucky for a majority of the past 15 years. Hurricane Irma in 2017 was the most recent hurricane to have a widespread impact for us in South Florida. However, there has been plenty of concerning close calls too in the past few years. In the end whether a hurricane season is active or not doesn’t matter if the storm ends up impacting you. Hurricane Andrew (1992), which is coming up on its 30th anniversary next year, occurred in a season with only seven named storms, four of which became hurricanes, and one that was a major hurricane. And that leads us to the ever important task of all South Floridians over the next few weeks: hurricane preparation.

What can you do? Be prepared, in advance! Have a plan in place for what you’d like to do to keep yourself, your loved ones (pets included!), and property as safe as possible. To find out more about your hurricane evacuation zone and get a refresher on emergency supplies, please visit the websites below.