You thought it was a log, but then she opened her mouth full of teeth!

Alice the alligator is hard to spot when she’s sitting still, but unforgettable once you see her. She’s big and mellow, waiting patiently in the sun, but her babies might swim right up to you before she grunts, calling them back to the nest.

Biology in the Wild

The American Alligator, which lives from Texas to Florida to North Carolina, loves the swampy wet areas of the Everglades, and can grow to 14 feet and over 1,000 pounds! Once hunted to near extinction for their skin and meat, they’re now protected, and have made a strong comeback. Scientists say their ancestors lived side-by-side with dinosaurs. They’re built for survival, with powerful jaws, armor-like skin and nostrils on top of their snout, allowing them to breathe while submerged and hiding. Baby gators eat insects, frogs and small fish, while adults dine on fish, raccoons, snakes, turtle, birds and smaller alligators!

Mothers are very protective, guarding their eggs against predators such as raccoons, and acting as a bodyguard for their hatchlings until they’re about two years old. Why do they sunbathe? These prehistoric creatures are cold-blooded, regulating their body temperature by warming up in the sun, or cooling off in the water. When the temperature drops below 55 degrees, they become “dormant,” and hide out in mud caves until the weather warms. 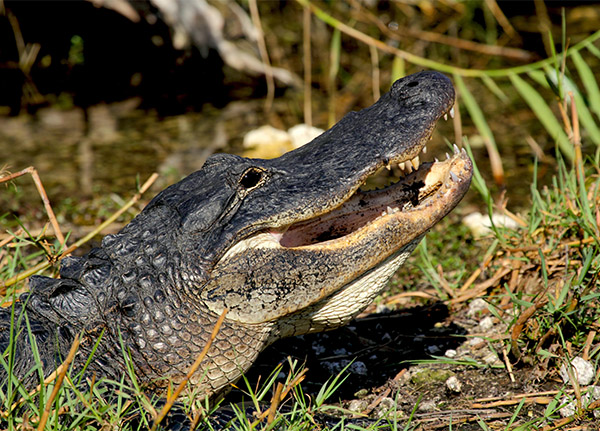 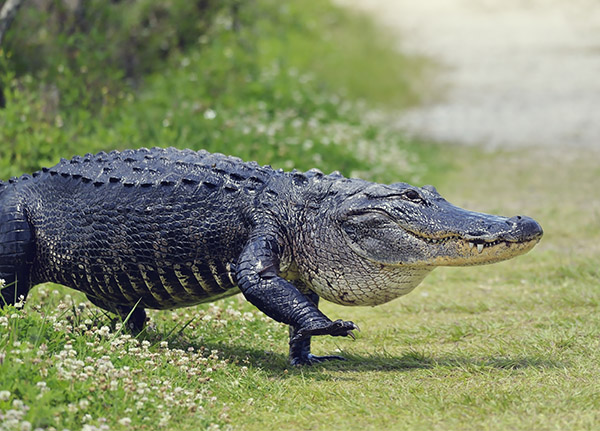